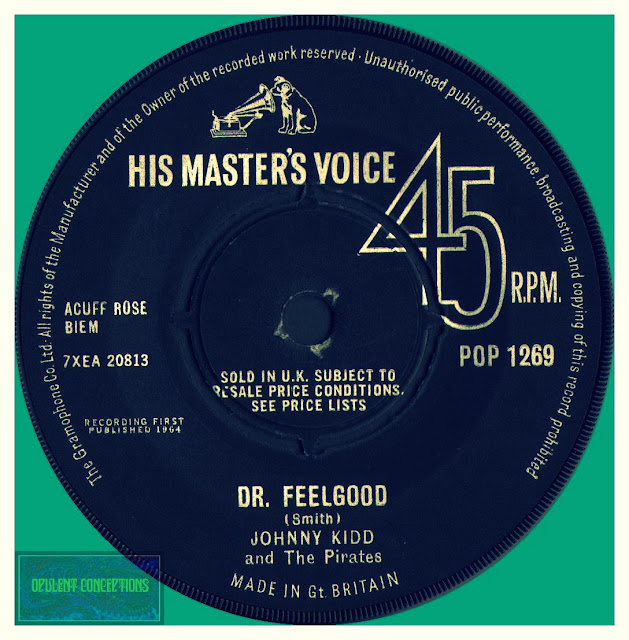 In 1964 Johnny Kidd added keyboard player Vic Cooper to his Pirates backing group. It was back to their R&B sound. "Always And Ever" reached #46 in the Charts but it's the B-Side "Dr.Feelgood" that gets my interest.

Take that colourful Neapolitan song "Santa Lucia," add an English lyric and an exciting twist beat, dub the lead voice into a dual track and provide a chanting group in support and you come up with "Always And Ever" by Johnny Kidd & the Pirates on HMV. The blend of attractive melody and highly commercial beat combines into an irresistible sound - a surefire hit for Johnny.

That evergreen R&B speciality, "Dr. Feelgood," pops up again on the flip, with Johnny making a pretty convincing job of it. (NME review - February, 1964)

Johnny's newie doesn't have the crashing beat of his last few, but after a few plays the insistent version of the oldie sounds like a hit of the first order. Well presented and well performed and a lot different from what Johnny's fans may expect. Flip is a beaty version of the ever popular R&B number. (Record Mirror review - February, 1964) 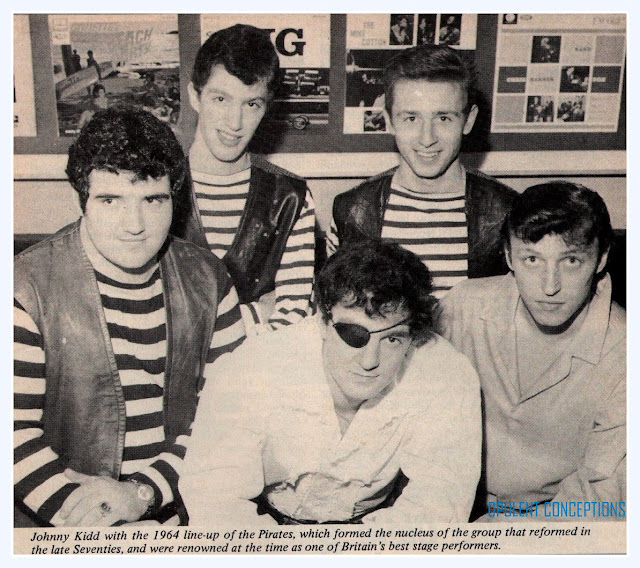 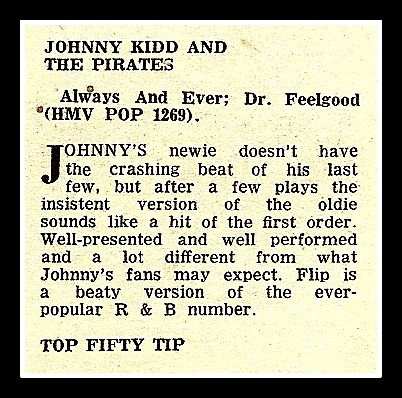 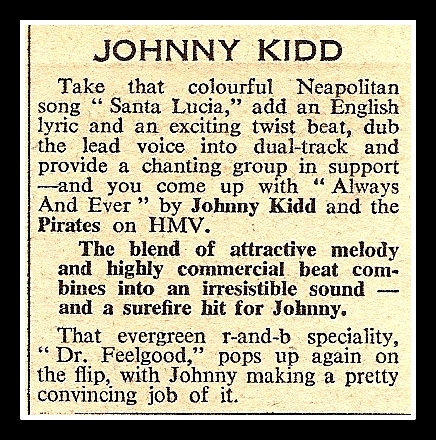