JOHNNY KIDD & THE PIRATES - THE BIRDS AND THE BEES 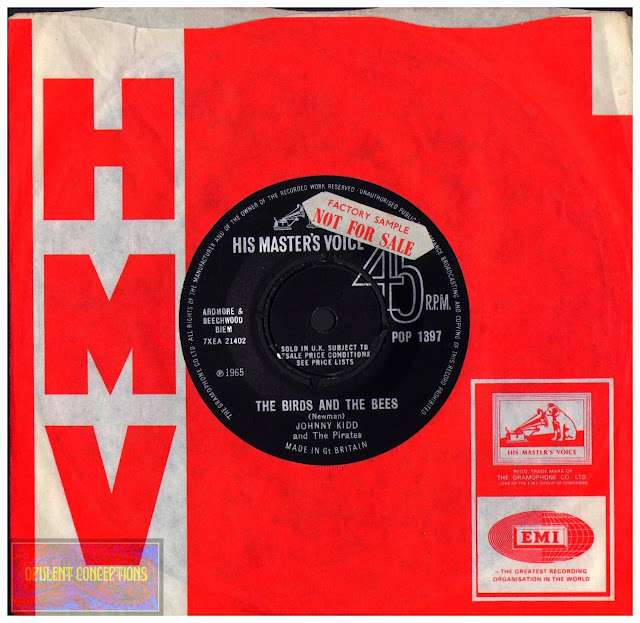 Last week I enthused about Jewel Atkins' waxing of "The Birds And The Bees." A cover version by HMV's Johnny Kidd & The Pirates has a much fuller and more lavish styling - with dual tracking, chanting and organ. but lacks the character of the original. The stamping beat's not so contagious, either. Solo voice for the orthodox mid-shaker "Don't Make The Same Mistake As I Did." (NME review - February, 1965)

We tackled the Jewel Atkins' American hit last week and thought it was good enough for the charts. Now comes Johnny Kidd, and his chances on this catchy, blues orientated number must be at least as strong. We hope so, good group sound going, with plenty of fire in the lyrics. A foot tapper with more than average appeal.
Flip is a fair enough beat ballad, sung well, but if I'd been the top side would probably have been lost (Record Mirror review - February, 1965) 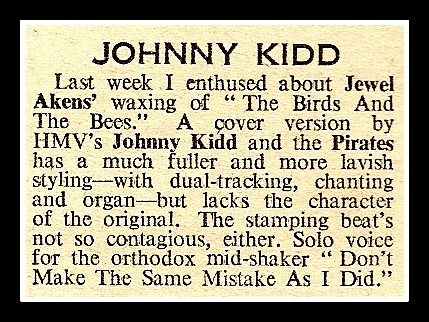