THE THIRTEENTH FLOOR ELEVATORS - YOU'RE GONNA MISS ME 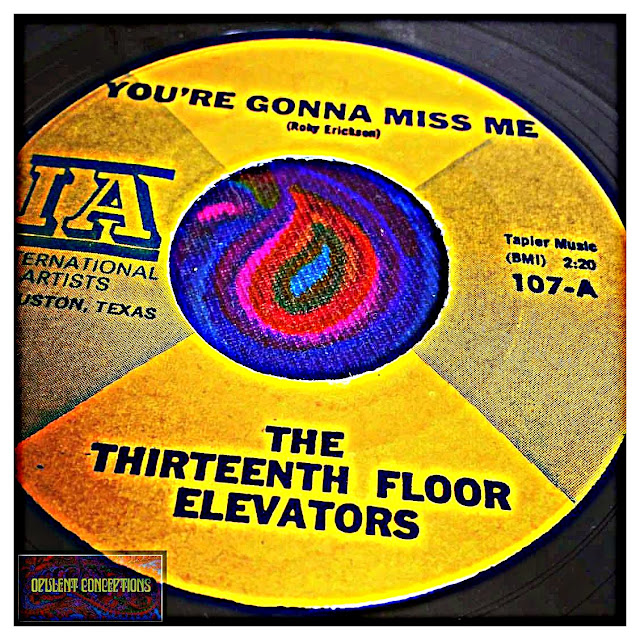 Voted THEE best 60s garage 45 of all time in "Teenbeat Mayhem" and for once I agree with their score....which was "10" ,in second place was The Gentlemen "It's A Cry'n Shame" and third was The Squires "Going All The Way"

No need for any review on this MONSTER as it's been written about everywhere. I'll just add that "You're Gonna Miss Me" was first released on the local label Contact several months before it got a wider distribution on International Artists. It was never released in Britain which is a shame.

There are three pressings on IA 107. The first being the two tone light blue - dark blue label, the second pressing was the yellow and green two tone label combination issued after the HBR release. The third pressing is on a white label with a re-designed globe logo. 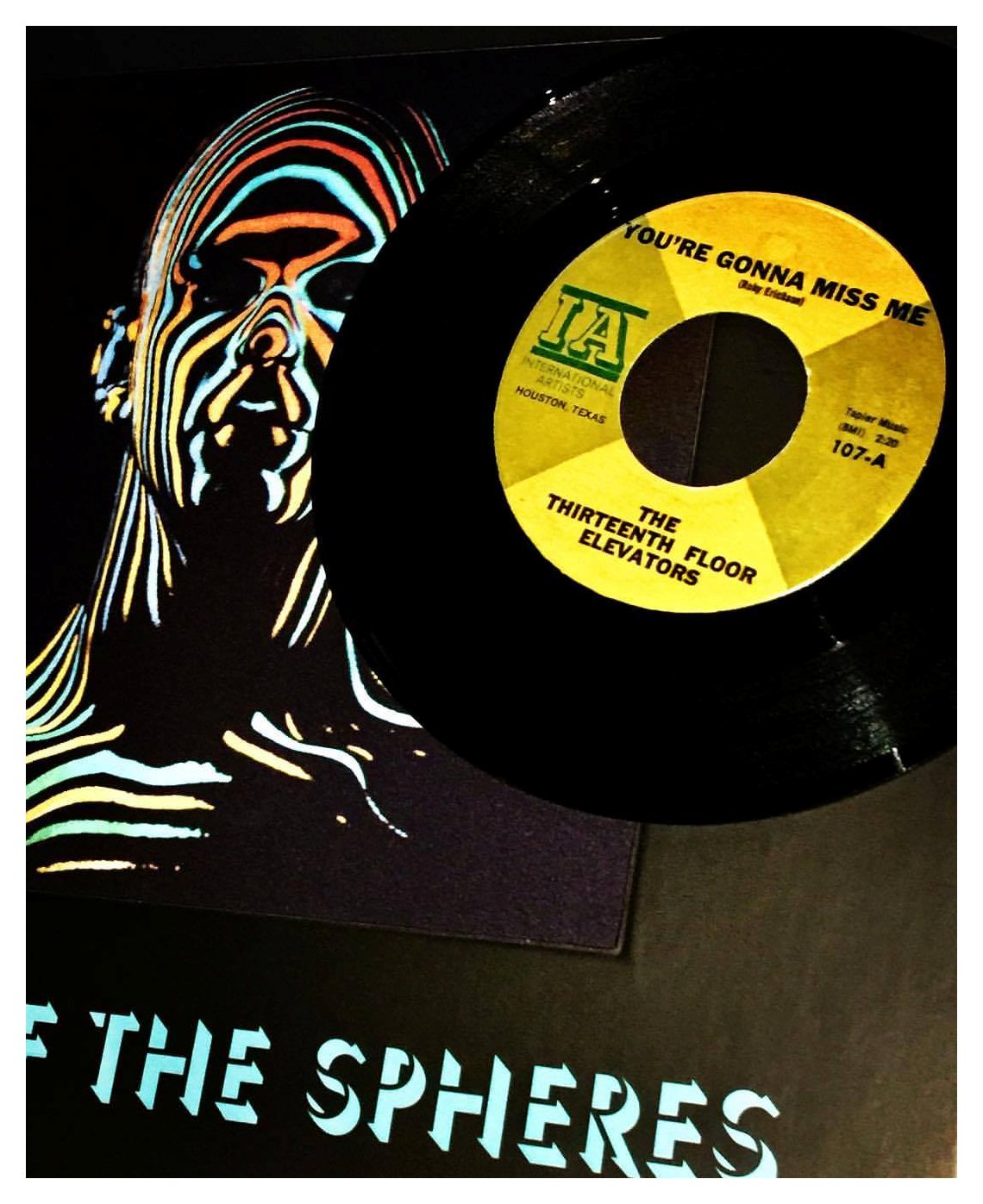 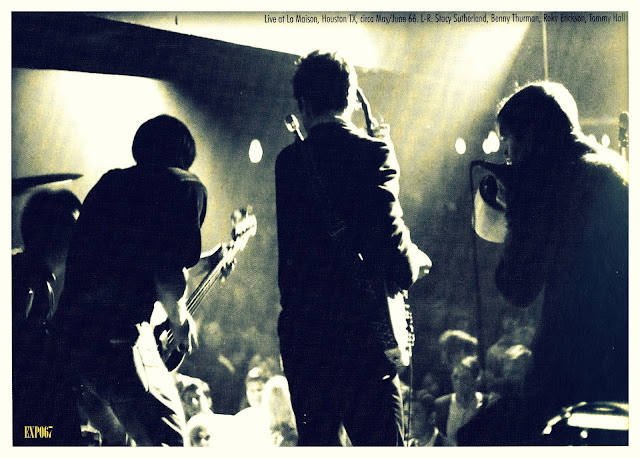 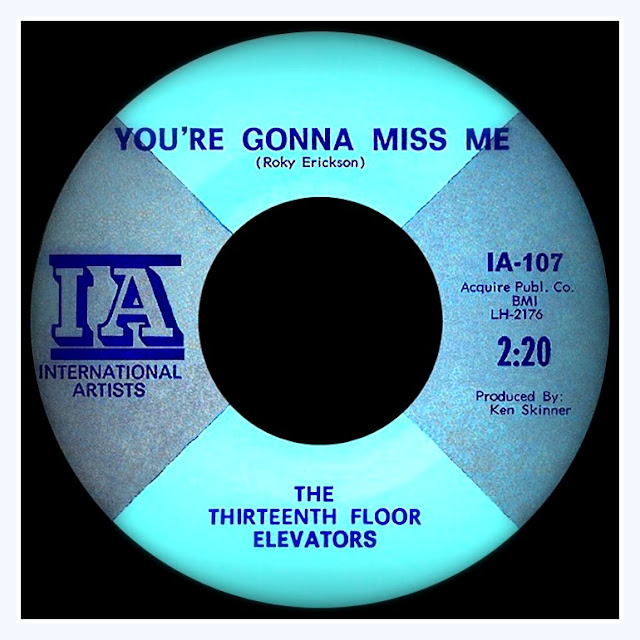