THE SPIRES OF OXFORD - BUT YOU'RE GONE 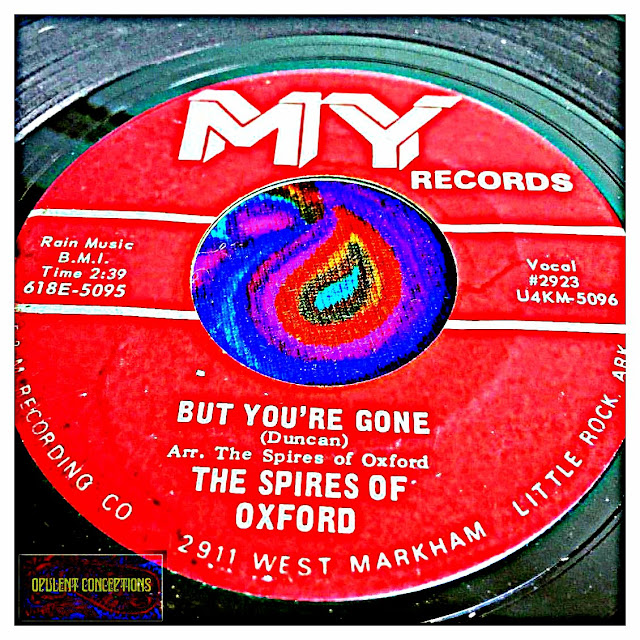 Believe it or not but this crude teen garage punk record was released during the same month as The Beatles' "Sgt Pepper" album. Their world and sound couldn't have been further apart.

According to "Teenbeat Mayhem" The Spires Of Oxford hailed from Oxford, Massachusetts and this was their only shot at the big time. Not that they would have had any chance of the big time of course. Perhaps only 500 copies of this record were ever pressed. It's quite a difficult record to locate and doesn't crop up on eBay, the internet or Set Sales that often.

"But You're Gone" sees the boys invent a Kinks like riff which they utilize throughout, perhaps it's all they can play. The two finger organ solo is great and I wish it went on longer. This song was covered by The Brood and released as a single in 1991. I'll cover that 45 next time.

The other side "I Really Do" is an awful crooner style ballad and is not my scene. These guys should have stuck with their primitive rockers.