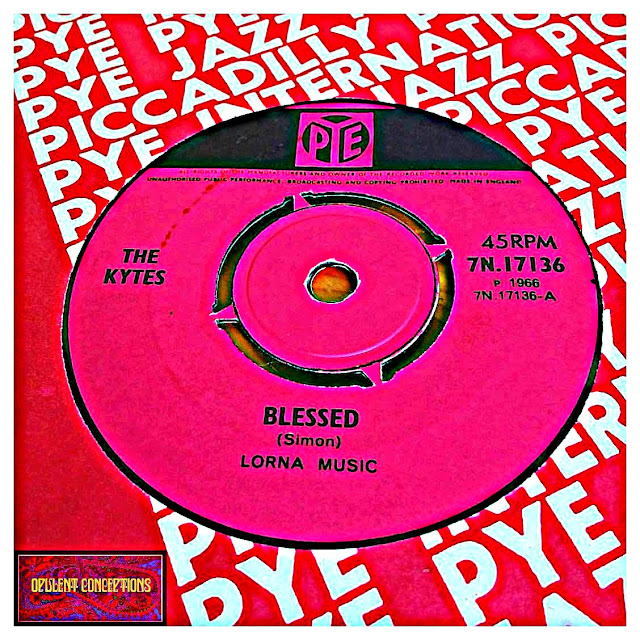 This was the debut disc from The Kytes who released a couple more 45s before sinking into oblivion. I reviewed their second single "Frosted Panes" last year. Go here for further information.

"Blessed" wasn't a big seller and so is quite difficult to turn up but fans of folk-rock and Simon & Garfunkel will relish their version. It was compiled in 1992 on Sequel's CD "Paisley Pop" Another version to track down is The Tremeloes debut on Decca which was also released during June 1966.

The B-Side "Call Me Darling" is a pleasant pop number.