THE GRASS ROOTS - NO EXIT 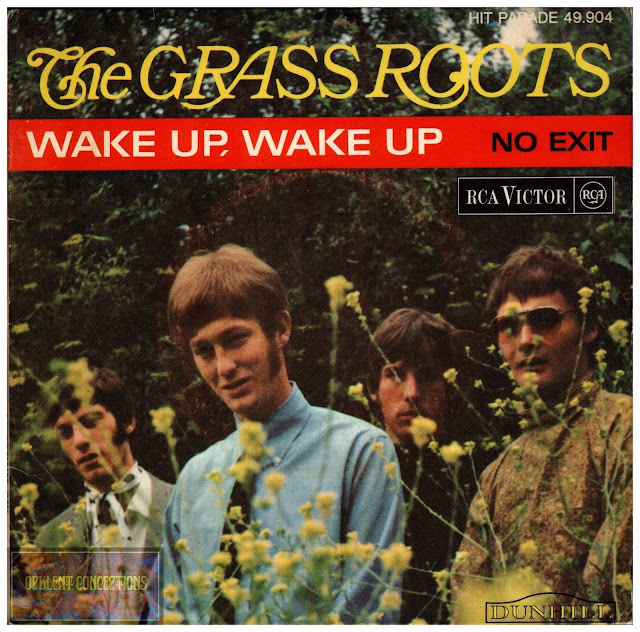 The Grass Roots have a complicated history and one that has been explained elsewhere in magazines, books and online sources. Some not totally accurate though. At first The Grass Roots was a name of a phantom group P.F. Sloan and Steve Barri came up with to release folk-rock records under.

For reasons described elsewhere Sloan & Barri decided to discontinue releasing records under the disguise of The Grass Roots but retained the name (eventually another group called 13th Floor took over) and worked on production and arranging.

The flip of this October 1967 single is the solid and garage-like rocker "No Exit" which was also part of their "Let's Live For Today" studio album. It's got a dark message about being trapped in a unsatisfactory life which may explain it's B-Side status.

My copy shown is the French release in a stunning picture sleeve. 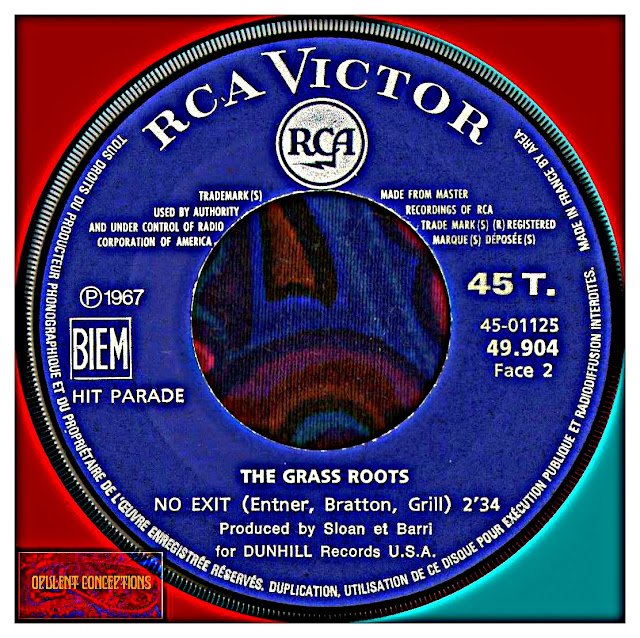