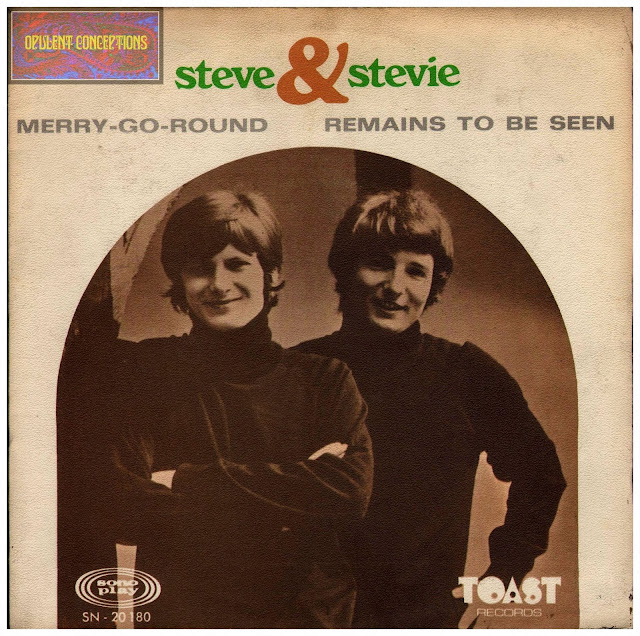 Steve & Stevie were exiled Australians, with the surnames Groves and Kipner respectively. The latter was the son of Nat Kipner, who owned the Aussie label Spin for which The Bee Gees recorded. Nat also produced the Gibb brothers and unsurprisingly, there was a distinct Bee Gees influence on Steve & Stevie's obscure self-titled album, issued on the Major Minor subsidiary Toast in 1968.

"Merry-Go-Round" and "Remains To Be Seen" were taken from the album and released as a single in Britain and a few other European Countries including Italy, France and Spain. My copy (pictured) is on the Spanish Sono Play label and came housed in a picture sleeve.

"Merry-Go-Round" is a fine example of late sixties orchestrated pop mixing Bee Gees with The Beatles period "Sgt Pepper" overtones. After their album as a duo they added ex Bee Gees drummer Colin Peterson and renamed themselves Tin Tin. 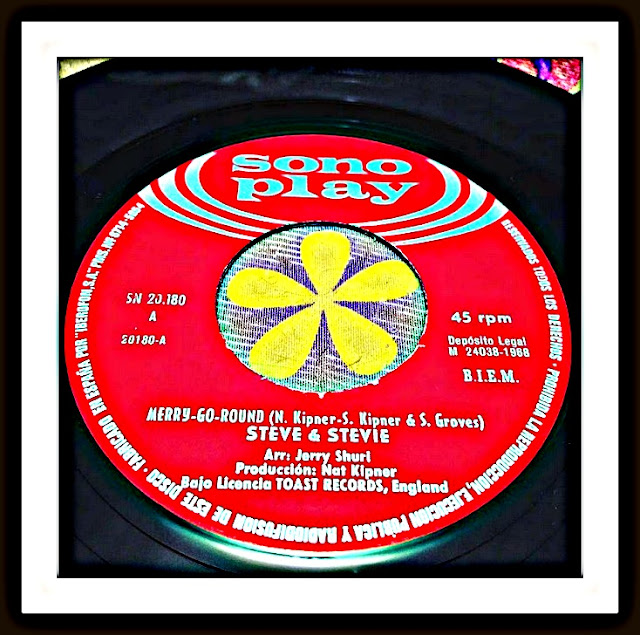