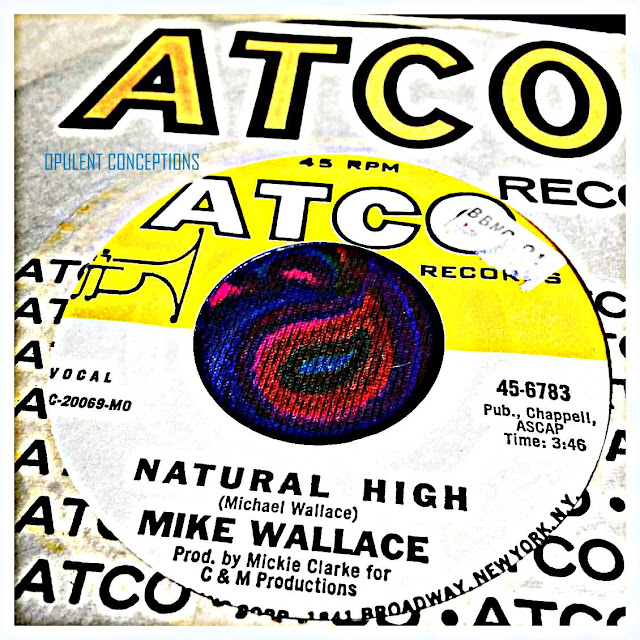 I wrote about Mike Wallace's other 45 on my blog a few years back, check the archives for further information. "Natural High" is perhaps his most famous song, not that it was a major hit or anything, it's just well known in psych collector circles.

Don't be put off with the October 1970 release date cos this record really is a psych pop swinger, kinda sounds like Donovan on purple hearts. The Atco label is obviously the American release, the single was also given an outing in Britain on Polydor and this version may be different or at least an edited version. I'm trying to find out this information and when I do I'll update this entry.

Update: the UK release on Polydor has a 3:28 playing time, meaning it is indeed an edited version of the US variant on Atco.