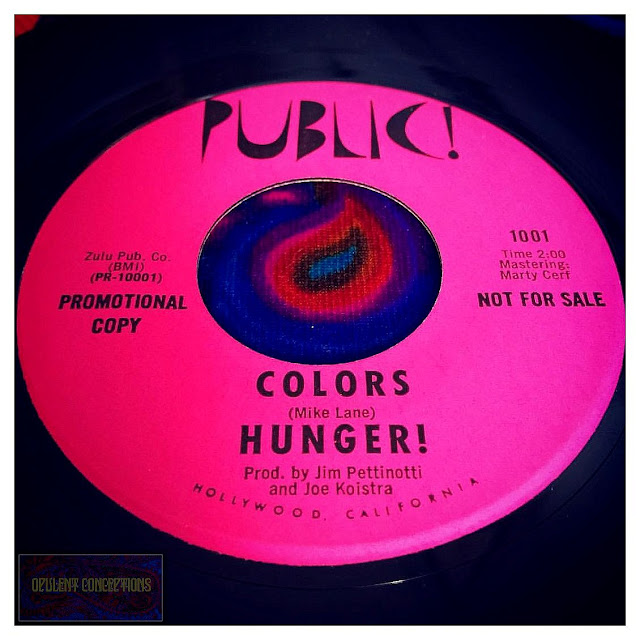 I've had this record for years but for some reason or another never got around to writing about it. First of all it's a sought after disc and quite rare. It probably never got beyond promotional copy stage and of course Hunger! aren't exactly a well known group.

Hunger! relocated from Portland, OR sometime in the late sixties to get where the action was in Los Angeles. Once in L.A. they set about creating waves by supporting the leading contenders especially The Doors. I've never seen any vintage psychedelic posters confirming this but I'm sure they will be out there somewhere.

I first became aware of Hunger! in the mid eighties from the compilation "Highs In The Mid Sixties - Volume 3" which resurrected "Colors" - who were Hunger! I'd ask myself and how cool it was that they ended their name with an exclamation mark.

Both sides were probably recorded during late 1968 but perhaps not released until early 1969. Some online sources suggest a December 1968 release but "Teenbeat Mayhem" gives March 1969.
"Colors" for me is their stand out song although there are plenty of way-out nuggets on their album "Strictly From Hunger!" But at two minutes long "Colors" is where it's at, wyld organ, trippy FX, fab lead guitar sound and a too short lead break. They say what they need to say and are gone. 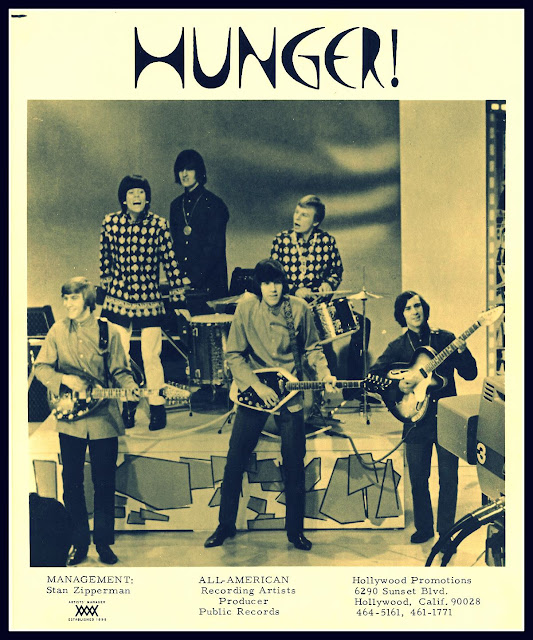 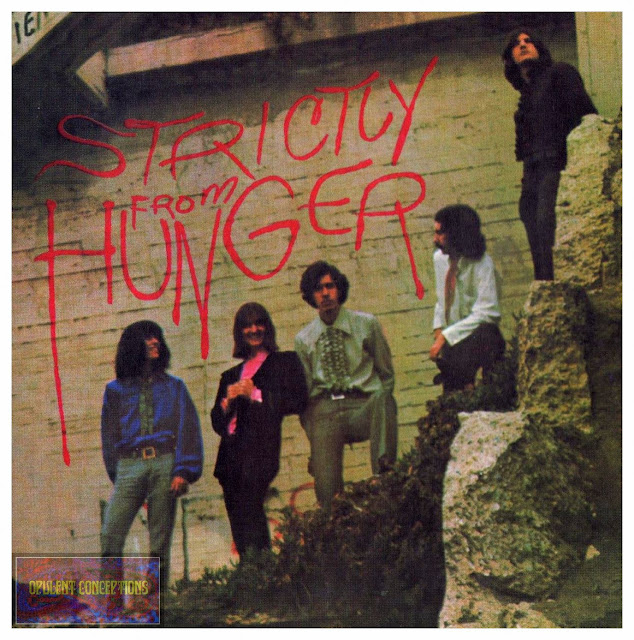 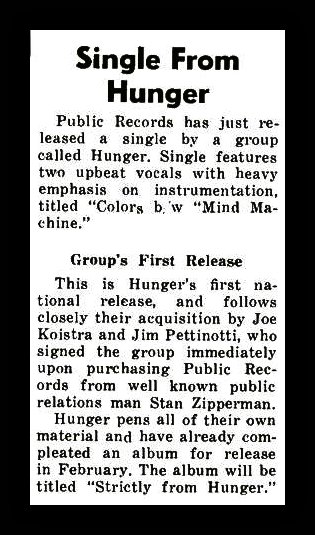