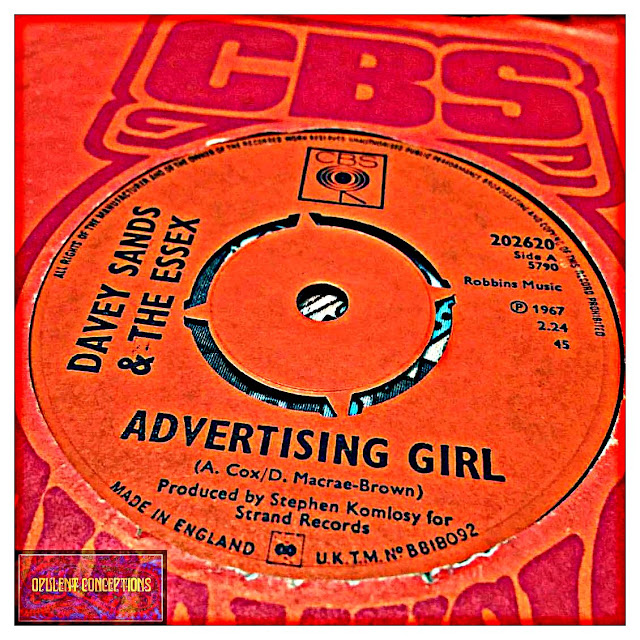 Mod beat sound with a "She's About A Mover" organ riff...."Advertising Girl" is a song about the obsession a lad has with a girl who appears in posters promoting soup, soap and cars while wearing a purple mini-skirt and having manageable fair hair. They don't write them like this anymore!

Davey Sands & the Essex released an earlier single "Please Be Mine" / "All The Time" on Decca during June 1965. Both sides were produced by Brian Poole and Alan Blakley from The Tremeloes. On that particular disc the line-up was:

Chip Hawkes later joined The Tremeloes so I doubt that he was part of their 1967 single.