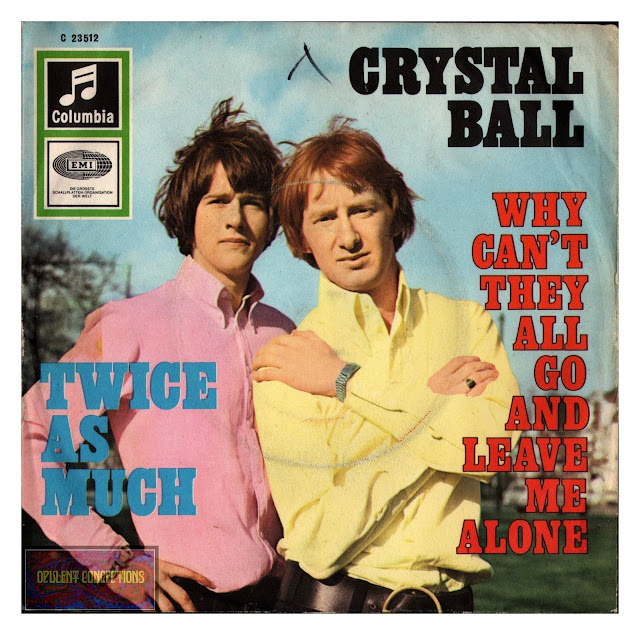 Twice As Much were English songwriting duo David Skinner and Andrew Rose who were signed to Immediate Records by Andrew "Loog" Oldham after impressing him at an audition. Their first single, a Rolling Stones song,  "Sittin' On A Fence" became a decent sized hit in Britain during mid 1966 but the singles that followed didn't really do much.

"Crystal Ball" was their final single as a duo and as you can see came housed in a fab picture sleeve in Germany on the Columbia label. It was August 1967 by the time it was released over there. The B-Side "Why Can't They All Go And Leave Me Alone" is the highlight. A dramatic and intense piece of orchestral rock tinged with psychedelia and made memorable by the duo's perfect harmonies.

It's interesting to note that Twice As Much wrote songs for other Immediate artists including Chris Farlowe, P.P. Arnold and Del Shannon. During the 70s David Skinner played keyboards for Roxy Music.


Columbia Immediate Twice As Much