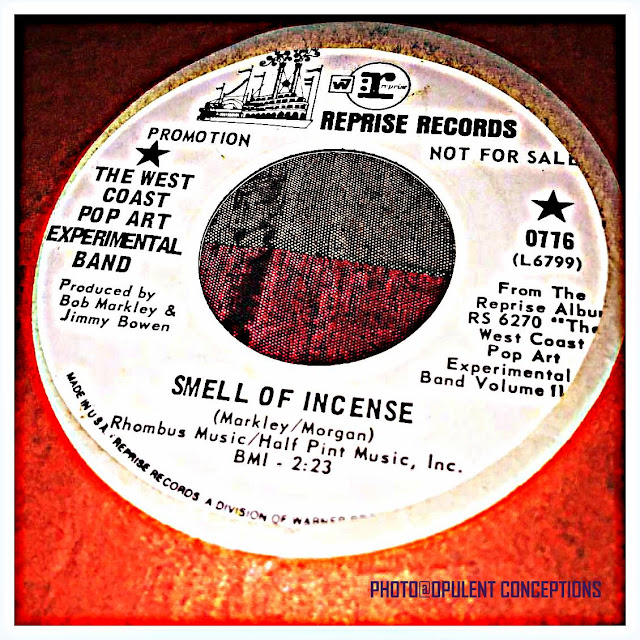 The enigmatic and mysterious West Coast Pop Art Experimental Band were still no nearer a hit record at the end of 1968 despite releasing several previous singles on Reprise. These singles were incredibly uncommercial though and didn't really stand much of a chance. I can't see how the kids would have rushed out to buy "1906" or "Help, I'm A Rock".

Perhaps their most chart worthy and commercial single they released was the psychedelic "Smell Of Incense" with it's irresistible chorus and strong instrumentation. The 45 version was more than half the length of the album cut. It's been basically cut to bits and remixed to get it radio worthy and under three minutes.

Southwest F.O.B. had a huge regional hit with a cover of "Smell Of Incense" and it even hit the Top 60 in the US National Chart.