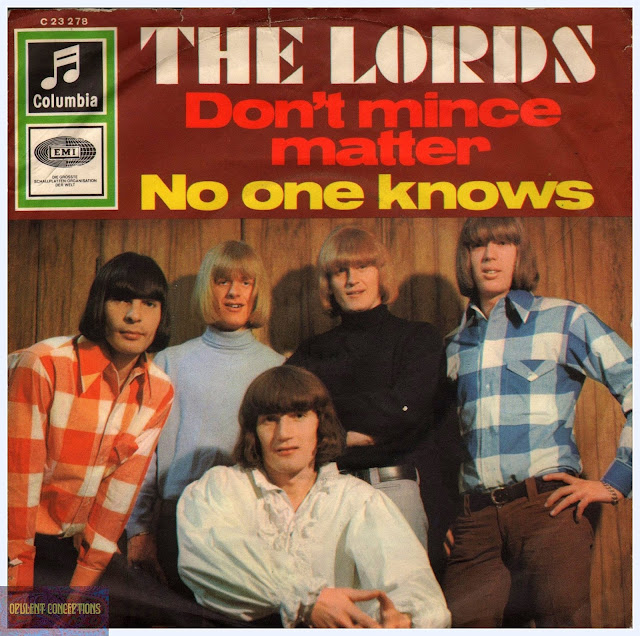 This is the first time for The Lords on my blog and it's all about their Troggs effected beat pounder "Don't Mince Matter". I've got no idea what they mean by the song title, perhaps it's been lost in translation or something as they're singing in English on this .

The Lords were from Dusseldorf, Germany and were part of the very popular Beat Scene attracting loads of British Beat and R&B groups to that Country during the early to mid 1960s. The Lords formed in 1959 for instance and their first single was a cover of "Shakin' All Over" by Johnny Kidd and the Pirates. As you can see from the record sleeve they all had very odd moptop hairstyles.

TV footage of their Beat-Club performances exist and are on YouTube demonstrating that The Lords were one of Germany's premier groups. 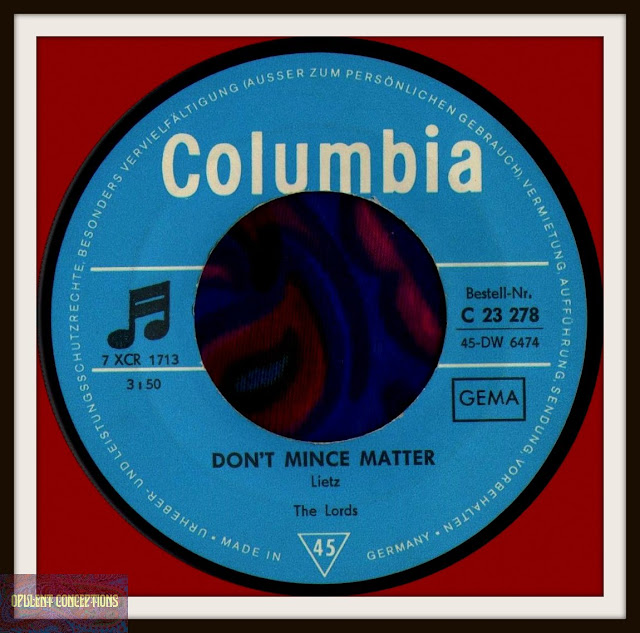