THE HUNTERS - RUSSIAN SPY AND I 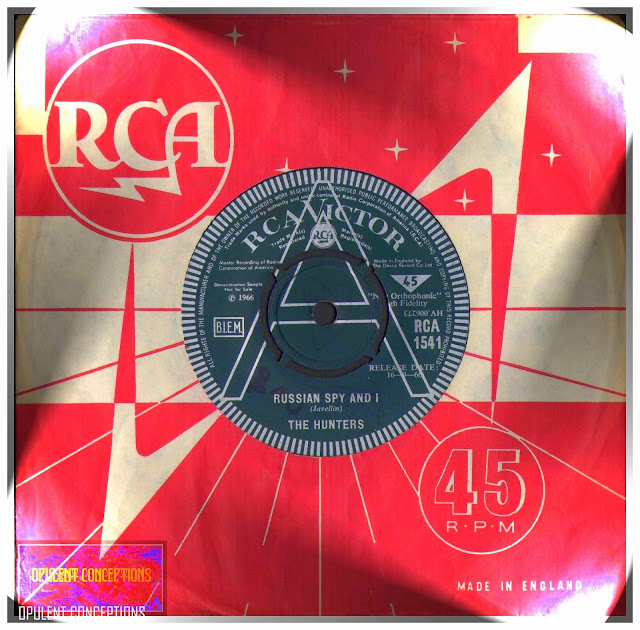 Amsterdam based beat group The Hunters hit the Top 10 in the Netherlands with the unique sounding "Russian Spy And I" but subsequent singles failed to match this success. The record was released three months later in Britain, no doubt trying to repeat the hit status enjoyed in Holland.

It was not to be and the single may not have even made it beyond the promo stage. The song made it's way to America and California group The Regents released their version of "Russian Spy And I" on Dot Records during October 1966.

The Hunters may have been completely forgotten about had it not been for lead guitarist Jan Akkerman who ended up in prog rock group Focus in the late sixties.