THE BUFFOONS - MY WORLD FELL DOWN 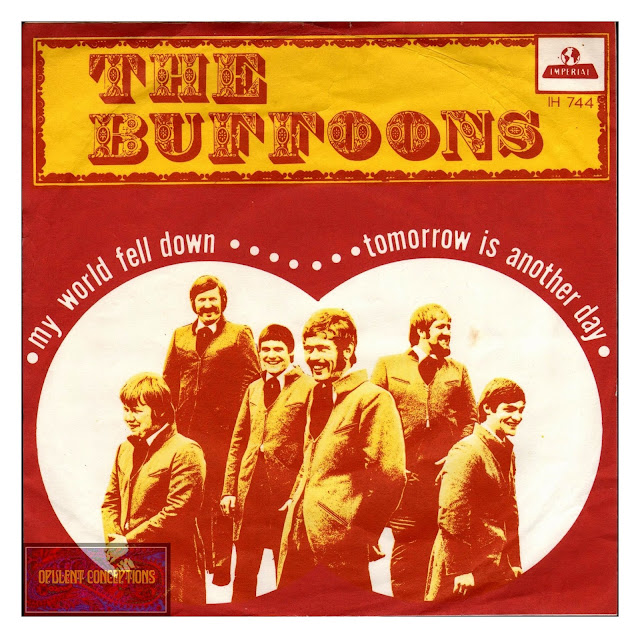 Despite their horrendous name The Buffoons were actually no real life buffoons and if their version of "My World Fell Down" is anything to go by, could actually sing perfect harmonies.

The Netherlands were never noted for producing harmony groups so I was more that intrigued when I saw this disc for sale on a list a month ago. I was buying other records but decided to add a few cheapies to my order, this being one of those cheapies.

"My World Fell Down" was originally recorded by The Ivy League then again by Sagittarius in America. The Buffoons version is every bit as good as those other two. Digging a little deeper I've noted that they released numerous singles and a couple of albums in Holland. Maybe their recordings from 1967 - 1969 are worth tracking down.

Both sides of this disc were produced by David Paramor who worked with Simon Dupree & The Big Sound, The Gods and The Nocturnes. Perhaps The Buffoons traveled to London for the sessions.