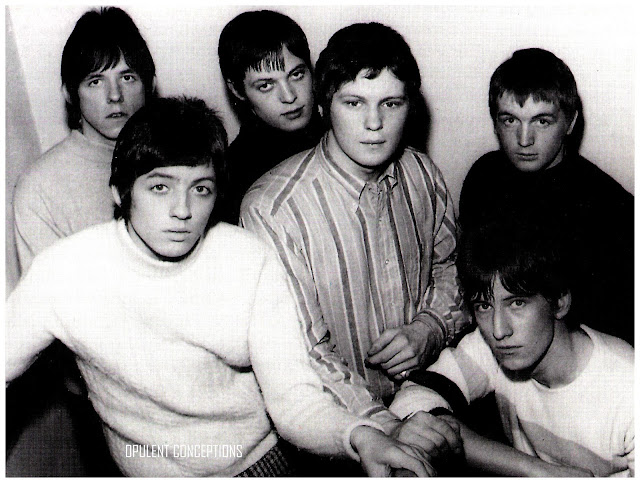 St. Louis Union were a short lived mod group from the mid '60s. They had a hit with a tame version of The Beatles ballad "Girl", however, on another level is their fab (mostly) instrumental "English Tea" housed to the brim with soulful vocals, way-out hammond with lashings of fuzz..... killer!

This version was never released but St Louis Union performed it on 1966 British film "The Ghost Goes Gear" and contains much more fuzz guitar. The single version, on the back of April 1966 single "Behind The Door" uses saxophone.

Find it on "Mod Meeting" Volume 1