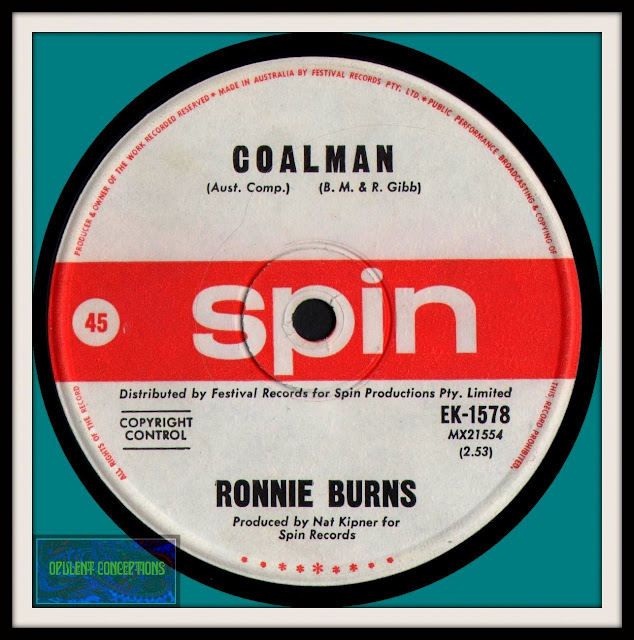 Turntable spin of the day is this fab pop 45 by Australian Ronnie Burns. "Coalman" was written by the Gibb brothers (Bee Gees) and I've read that they provided backing vocals on this early 1967 Beatles inspired beat. According to the liners on the Raven release "Five by Four" "Coalman" and his next hit "Exit Stage Right" were actually Bee Gees tracks with Barry's voice taken off.  The originals can be found on the "Birth Of Brilliance" album from the early 70s.

Ronnie Burns turns in a great vocal performance, just right for the sound which reminds me of "Revolver' period Beatles psychedelia.... should have made the ending last longer Ronnie, would have made a better trip... 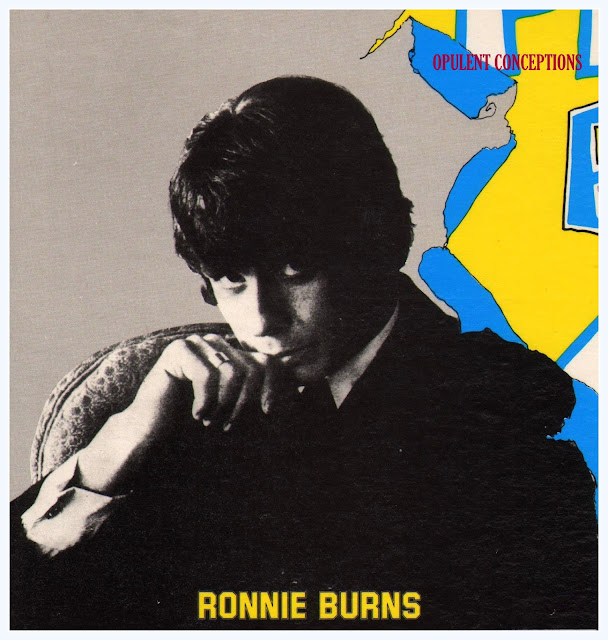