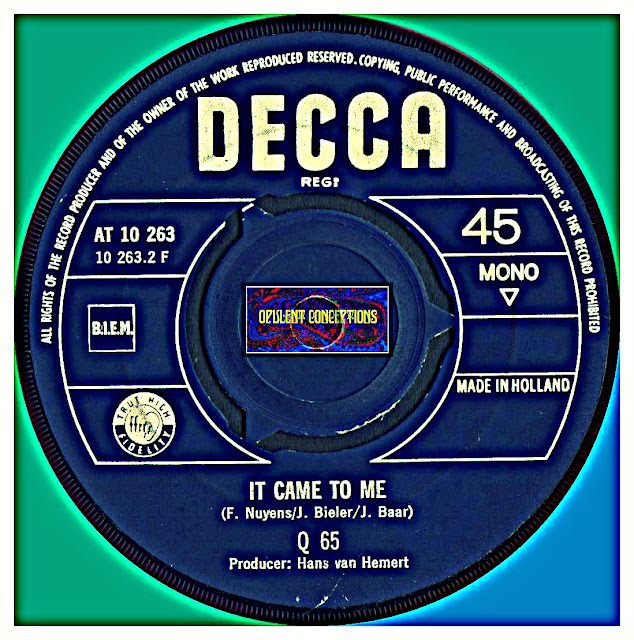 The first time I heard "It Came To Me" was during the mid eighties but it wasn't by Q65 it was a recording by R&B revivalists The Tell Tale Hearts. And a fine job they did too.

Both songs on this 45 were taken from the Q65 album "Revival" recorded at the end of 1966 at Phonogram Studios in Hilversum, Holland. I don't know if the Q65 were big hitters in the Netherlands like The Outsiders for instance. Not surprisingly nothing was ever released in Britain as far as I know.

"It Came To Me" is a fierce blast of rhythm and blues, quite basic in places, especially the drums. Vocalist Willem Bieler gives it his best shot in a Phil May kind of way. A Dutch classic. 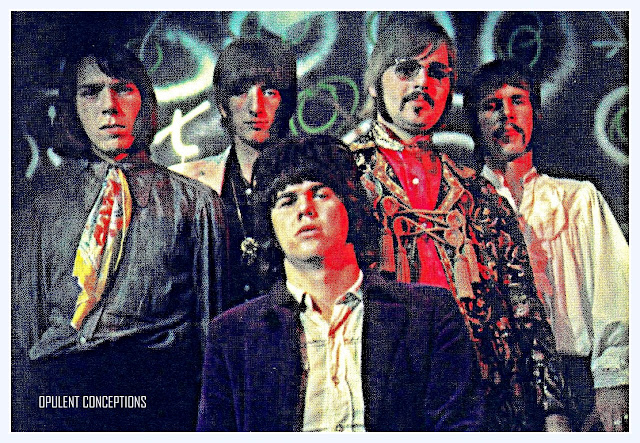