PETER JAY & THE JAYWALKERS - BEFORE THE BEGINNING 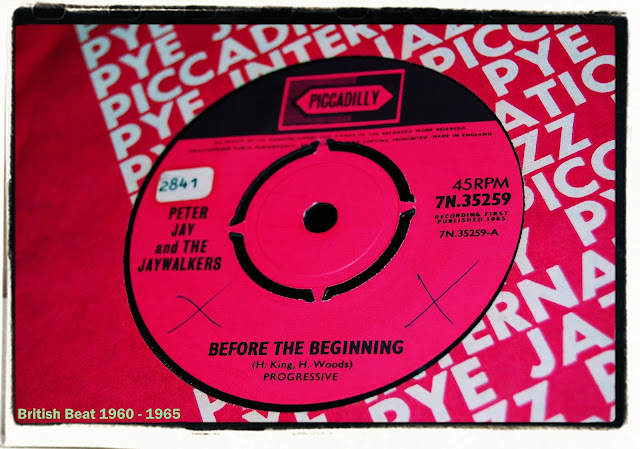 I'm still in a killer instrumental mode and 'Before The Beginning' by Peter Jay & The Jaywalkers is where it's at....such a fabulous backbeat that hints at the happenin' beat sound which would become a whole lot more freakier in 1966.

They were quite a popular 60s instrumental group with many of their singles produced by Joe Meek. A recent CD on Cherry Red showcases their many singles. ‘Big Boy’ Pete Miller was a member of the Jaywalkers.

This 45 on Piccadilly is a valuable collector’s items among the mod fraternity. 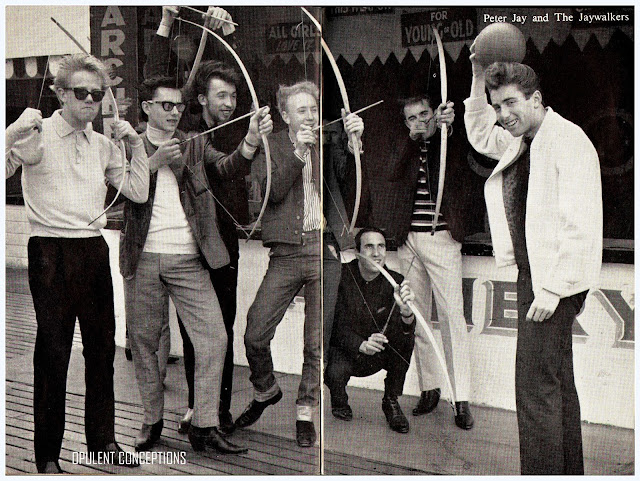