PAUL MESSIS - A MATTER OF OPINION 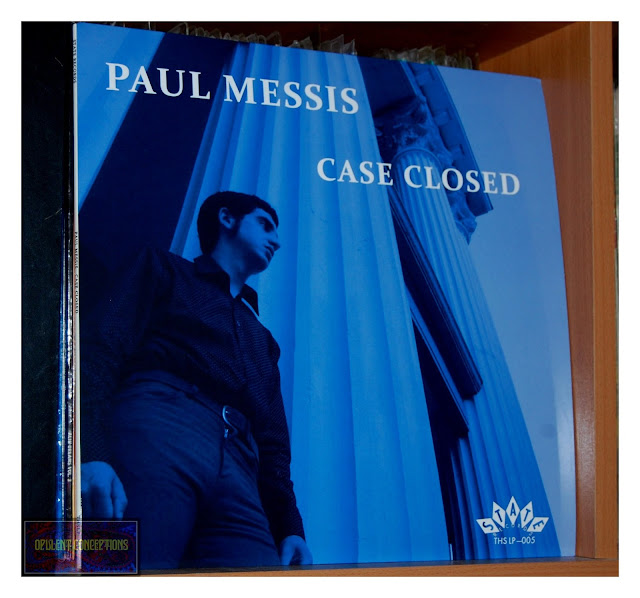 As the modern world wakes, eager to check the latest technology for their next hit of adoration, Paul Messis delivers reality right under their noses!

What with the "NOW" generation drowning in their own apathy...like this, like that...liking a Paul Messis record isn't as lazy as staring at the blue screen, pushing a button and letting everyone know you mindlessly think something is good! Paul's take on music and indeed life itself, although seemingly complex, is in fact quite simple...let the reality prevail.

Don't be a slave to connectivity if the prize is the empty feeling sensed from screen-bound isolation...Paul writes and records real songs, from the heart of that which drives him, whist understanding there is a real world out there...way beyond the virtual one of today's illusion!

Combine loner folk-rock with mordant punk and you get Paul Messis "Case Closed" - this came out on the ever reliable State Records three years ago. Check out his incisive trip into the world of 1965/66 folk jangle with "A Matter Of Opinion" 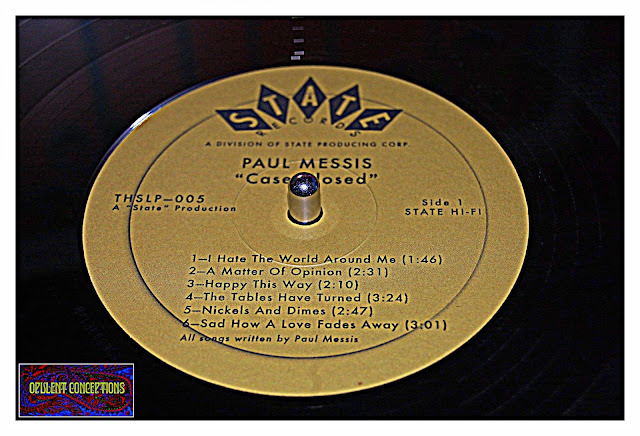 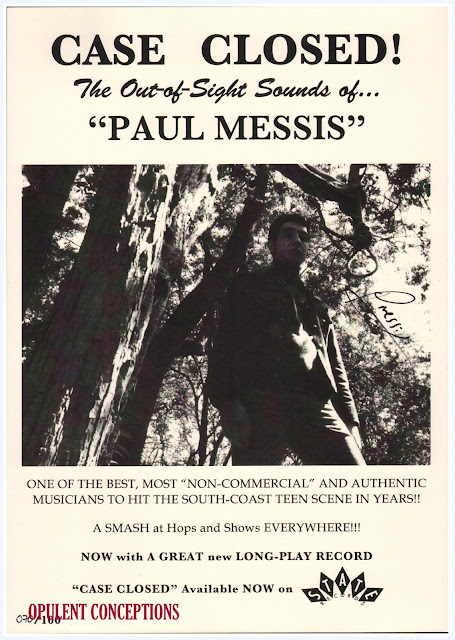 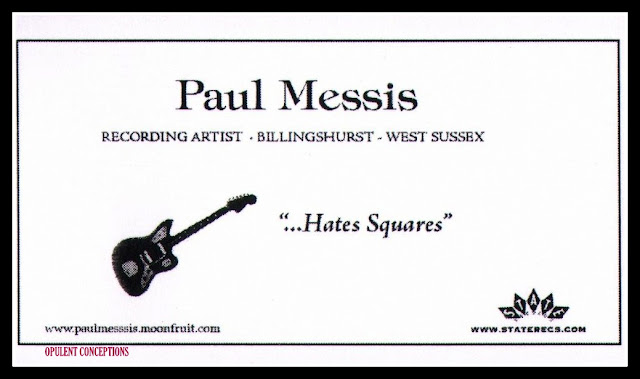