PAUL & BARRY RYAN - I MADE HER THAT WAY 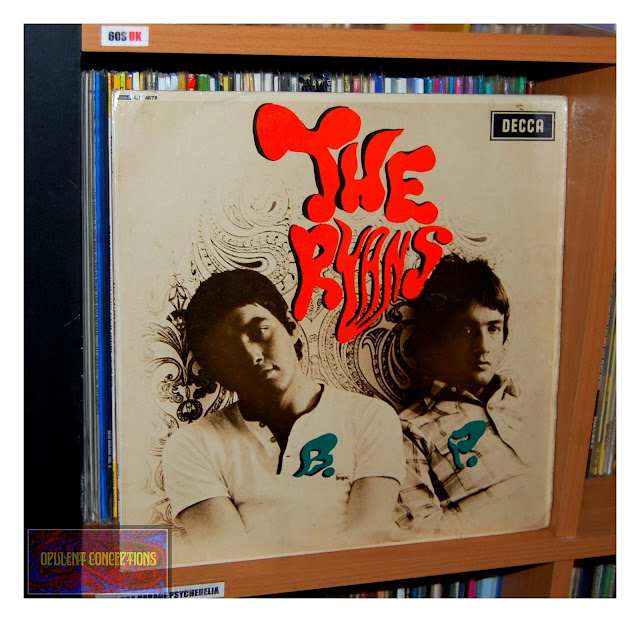 Paul and Barry Ryan are among the most talked about people in show business. Everyone knows they are a pair of fun loving swingers. Their exploits invariably attract attention. Somewhat removed from the world of hairy groups , their determination to establish their own vogue has made them trend-setters.

The Ryan's entered the music business with a handicap - things were good for them to start with. Theirs was a home with everything they wanted, so it's not a rags to riches story with them. Now they are richer as a result of their ventures into pop music.  They live on their own in a luxurious apartment poised at the top of a block in South Kensington. They stand on their own four feet and pay their own way.

But the swingers are singers too. And this, their first album, showcases twin vocal talents that will surprise a lot of people. Paul and Barry did not find it difficult to cause a sensation with their stage appearances and the cynics could say that this had something to do with their instant fame. However, these handful of songs must prove to be one and all that the Ryan's justify their high placing on pop ladder of success.

Dedicated to their music they spend hours perfecting each track and the results prove a genuine understanding of their work. They have come a long way since they made their first British stage appearance at a ballroom in Crawley. Tours, a major pantomime, concert appearances all over the world. Into a short space of time they have crammed a lot of show business experience. It shows in the way they handle this album.

As we said, the swingers are singers too. 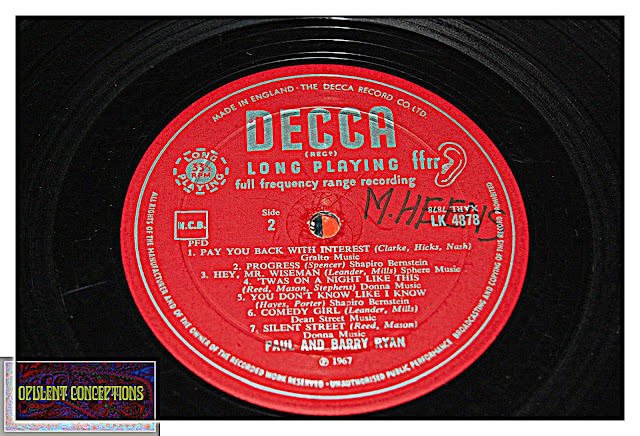