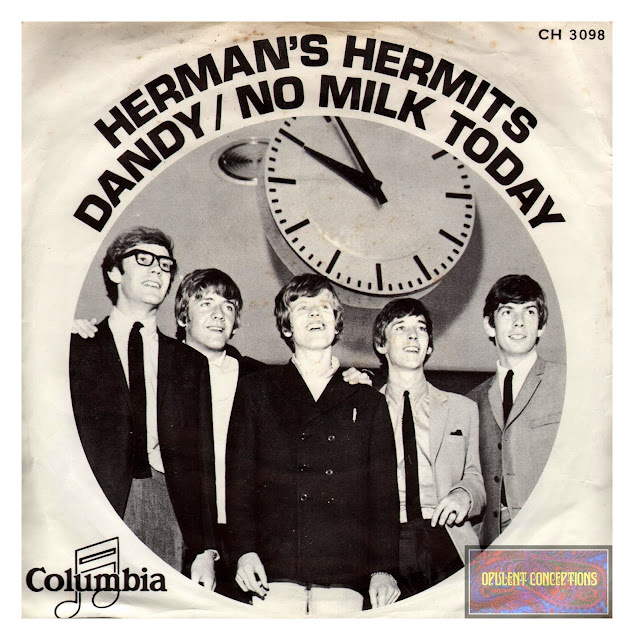 I collect vintage 60s music magazines and they're full of Herman's Hermits pictures and articles, so no doubt they were a group young teenagers (probably girls) doted upon. Much of their music is appealing in a sixties pop kind of way but they did delve a little deeper and recorded psychedelia and some choice cover versions.

"Dandy" is a Kinks klassic and no group can come close to surpassing their songs but full marks to Herman's Hermits for recording this charming little song which in lyrical content is pure English. What else would you expect from Ray Davies in the mid to late sixties?

"Dandy" was never released as a single in Britain but it was in several other countries including America where it went Top 5. My copy is the Dutch release which came housed in a picture sleeve.
The other side "No Milk Today" written by Graham Gouldman was a single in it's own right in Britain and reached #7.

"Dandy" was also released as a single in 1966 by The Rockin' Vickers who were Lemmy's beat group before he joined psychedelic rockers Sam Gopal. 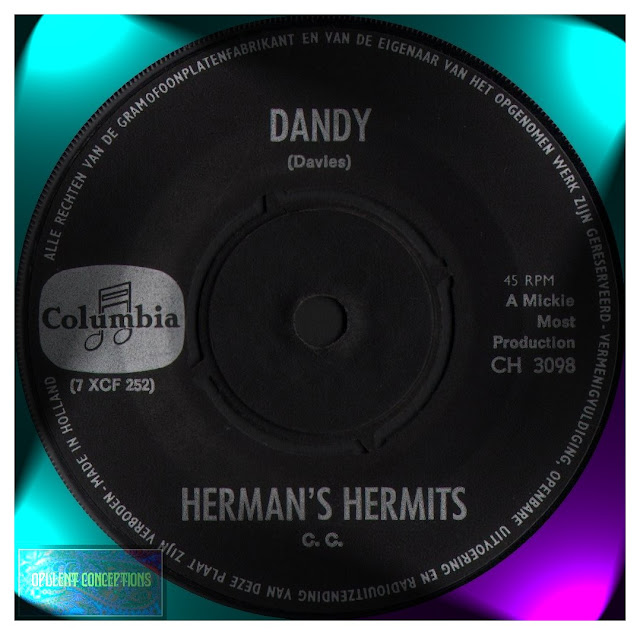