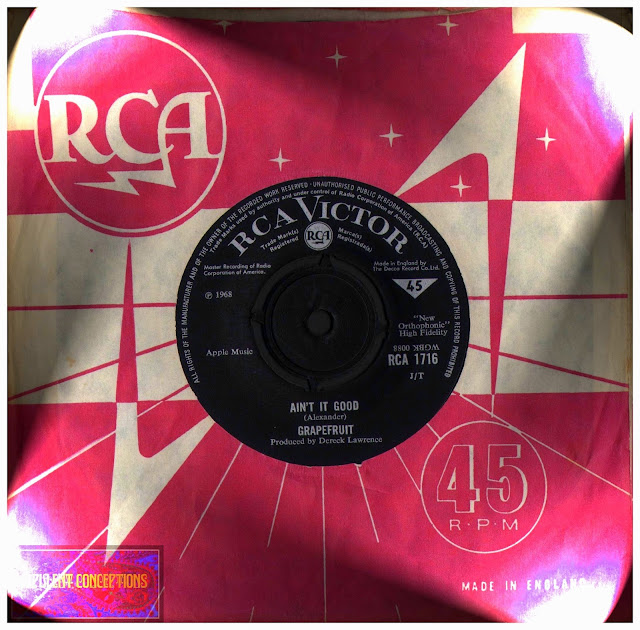 Continuing my Grapefruit trip with this, their third single. The top side was a cover of The Four Seasons "C'mon Marianne" which is pleasant enough and had hit potential but it only climbed to #31 in the charts and was probably considered a disappointment after so much backing.

Better still is the nugget on the flip. "Ain't It Good" offers the listener fuzz, psych leads and close knit harmonies. I doubt if this side would have shifted more units than "C'mon Marianne" though.