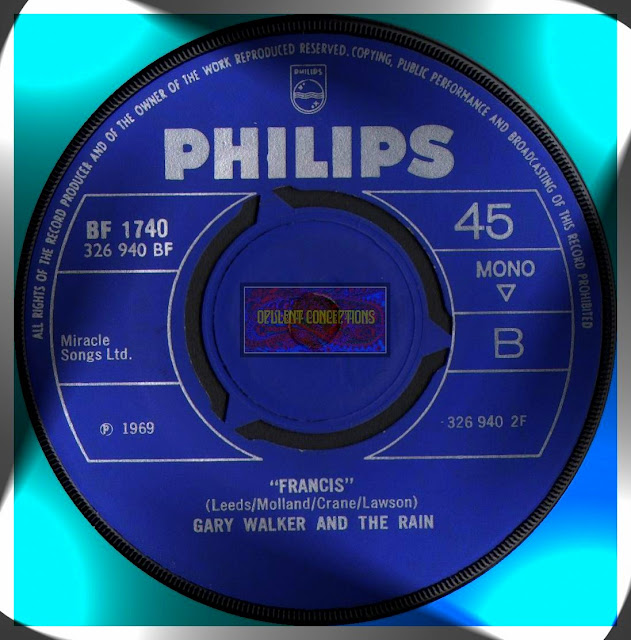 This is the second time out for Gary Walker & the Rain on my music blog, the first occasion was way back in 2007 when "Spooky" was under my spotlight. This time around it's their final single released in early 1969 but recorded the previous year.

"Francis" was the B-Side and it appeared on their No1 long-player released in Japan. It's a strong group composition with powerful instrumentation. The other side "Come In, You'll Get Pneumonia" is a Vanda / Young song and is none album.


Gary Walker and the Rain Philips