ADRIAN LLOYD - GOT A LITTLE WOMAN 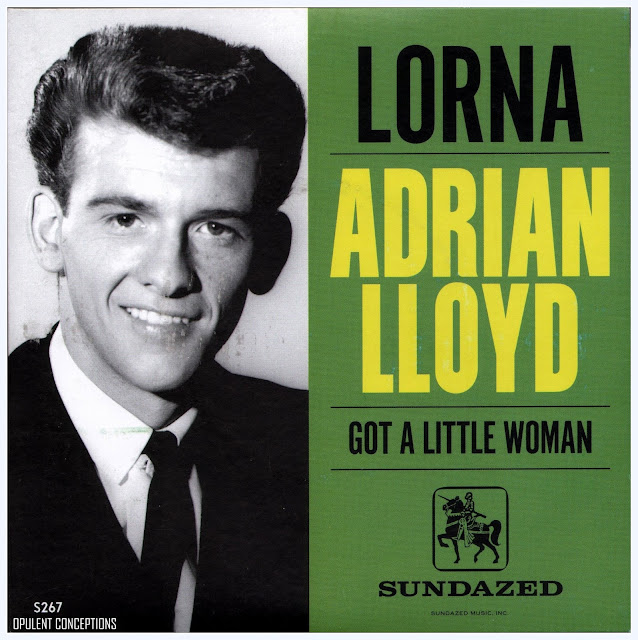 Sundazed re-issued this slab of raunchy rock & roll during 'Record Store Day' in 2013 and I've just picked up a copy, better late than never as they say. Sixties garage band greatness is somewhat less than infrequently associated with solo acts, especially those with a pre British Invasion, professional resume. Southern California surf legend Adrian Lloyd ranks as a towering exception.

Maybe it's just the British in him, but England born, SoCal transplanted Lloyd made the apparently effortless leap from surf (Adrian & the Sunsets) to the long haired Sunset Strip sound and the results are on this must have disc.