THEM - IT'S ALL OVER NOW, BABY BLUE 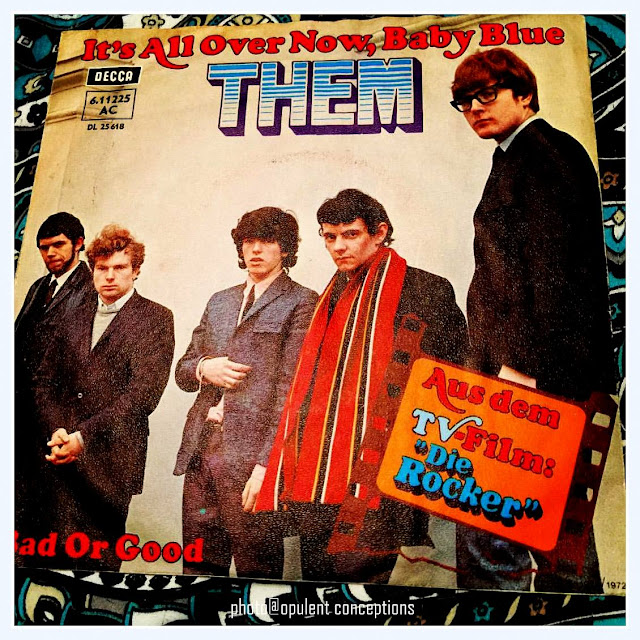 Turntable spin today is a cover of Bob Dylan's "It's All Over Now, Baby Blue" by Them from 1966. This 45 was never released in Britain at the time. I believe it came out in Germany during 1974, hence the fonts they've used on the cover which are more Glam Rock than Folk Rock.

According to a Them fan, the song was used in German film "Die Rocker" [The Rocker] so the label issued it on a single and it went to number 1. As a consequence Them reformed in Germany and recorded a new album "Shut Your Mouth" which became their final album. They then went touring but due to problems with management and personal conflicts Them disbanded once again.