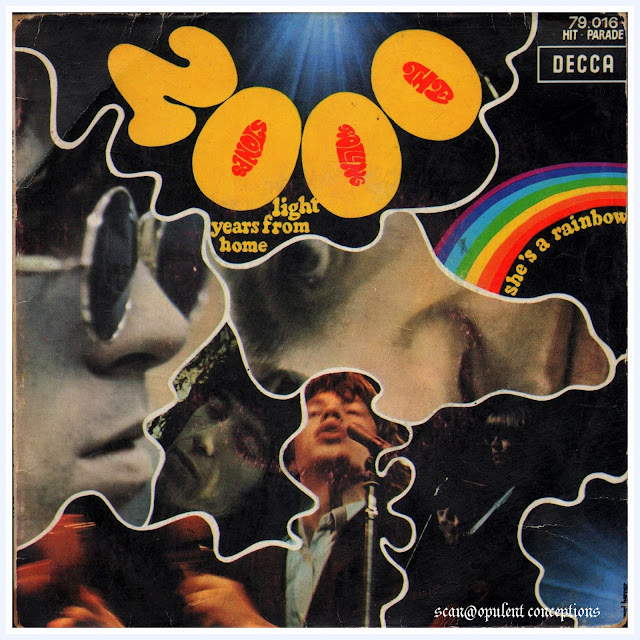 Today's happenin' blast of 1967 British psychedelia is this mellotron infused acid creation "2,000 Light Years From Home" by the STONES. The lyrics were supposedly written by Mick while he was eating bowls of porridge inside Brixton Prison following his conviction for drug charges in June '67.

The equally brilliant psych ballad "She's A Rainbow" on the other side, making this 45 a vinyl slab of nirvana.

"Have you seen her all in gold,
Like a queen in days of old?
She shoots colours all around
like a sunset going down.
Have you seen a lady fairer?"

This is my French copy. It was never released in Britain!