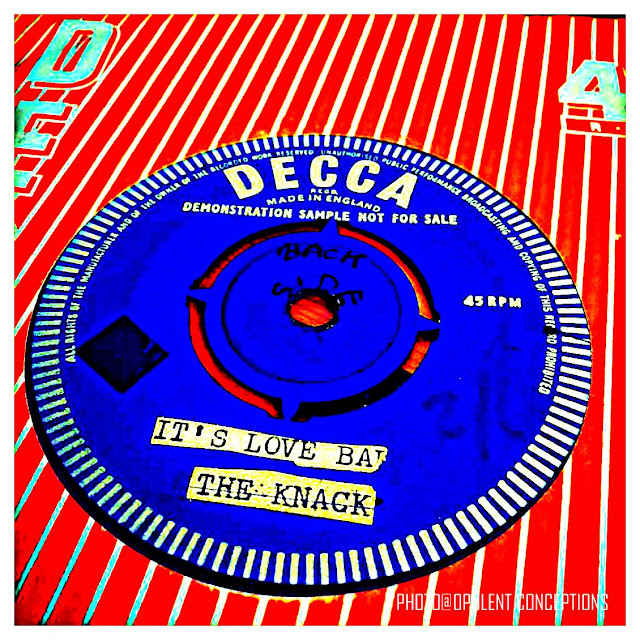 This particular Knack were from Ilford near London and were on the scene for a couple of years during the mid sixties. They released several records on Decca and Piccadilly but never broke through in the Charts despite having strong commercial offerings, including this beat raver on Decca.

"It's Love Baby (24 Hours A Day)" is classy uptempo beat music. According to their wikipedia page The Knack were great live and had a strong mod following, it's got to be said that "It's Love Baby" has a certain Who-like quality about it (but without the distortion and feedback)
Production by Troggs associate Larry Page.

The B-Side "Time Time Time" is also essential which delivers a strident moody beat jangler. This song was first recorded by The Clique, another Larry Page produced combo.

When organist Tim Mycroft departed the Gurvitz brothers, Paul and Adrian along with drummer Louis Farrell continued but with a name change to The Gun pursuing a heavier rock direction.