THE FLOWER POT MEN - YOU CAN NEVER BE WRONG 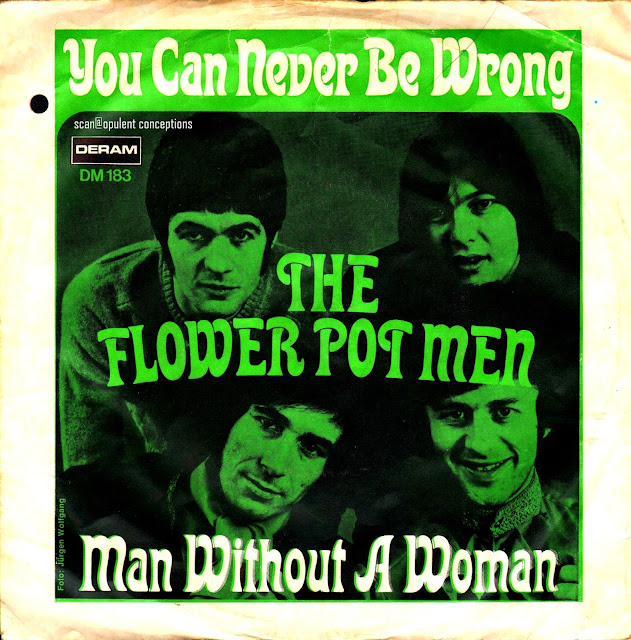 This is the second time out for The Flowerpot Men on my blog, they last surfaced way back in July 2008 with their Byrdsian drone "Blow Away." Eight years later they're back again with their third single and flop "You Can Never Be Wrong."

I'm not sure how this absolutely gorgeous psychedelic tinged harmony pop song failed to sell. Perhaps the vocal arrangements were just too complex for the casual buyer to comprehend. It's also a song that rarely shows up on Flowerpot Men compilations and was again ignored when RPM released a CD of their obscurities back in 2000, although the liners do have a picture of a Dutch advert for the single published in "Mini-Maat Music" magazine/trade paper.

I have other Flowerpot Men singles and I'll try not to leave their next outing so long next time!
By the way, the main stays of The Flowerpot Men were John Carter and Ken Lewis. They also wrote 'Semi-Detached Suburban Mr James' for Manfred Mann, 'Sunshine Girl' for Herman's Hermits and perhaps more famously 'My World Fell Down' recorded by Sagittarius.