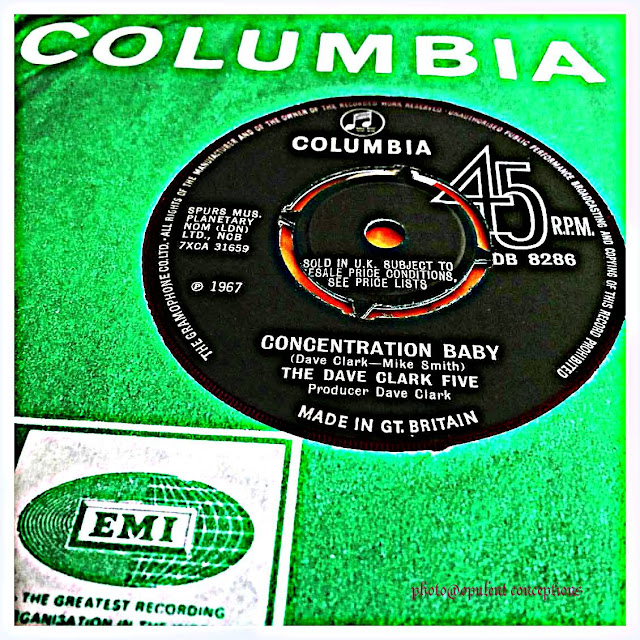 I watched a terrific Dave Clark Five documentary recently on BBC4 and didn't realize just how big and popular they became in America. Most of their early beat singles are appealing but they did tend to get bogged down with limp love ballads as the sixties progressed.

Fortunately some of their more adventurous gems can be found on the B-Sides of singles such as the soul tinged fuzz 'n tambourine rocker "Concentration Baby" from 1967....they didn't even bother to mention this one on the documentary I watched which concentrated on the hits but none of their obscurities or ventures into psychedelia.