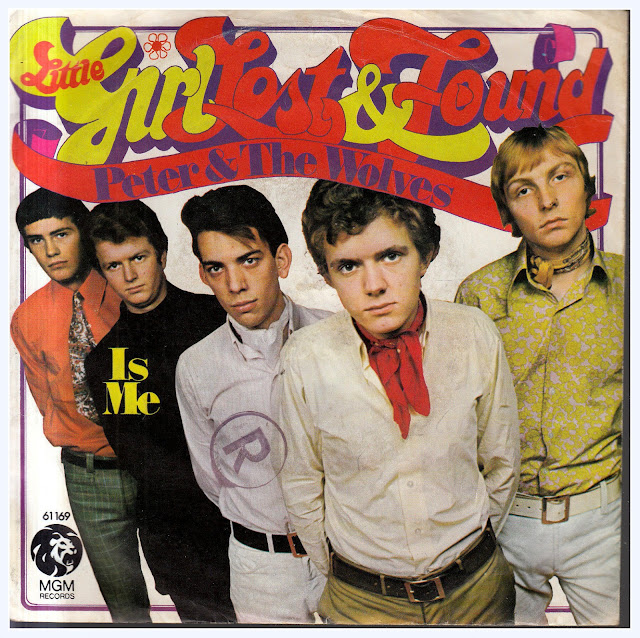 This is an obscure 1967 pop syke single by John Pantry's group Peter & The Wolves. "Little Girl Lost And Found" was first released by US group The Garden Club during April 1967 on A&M Records.
For those who have no idea who John Pantry is, well he wrote two of the classics recorded by The Factory - "Path Through The Forest" and "Try A Little Sunshine", supplying lead vocals for the latter.