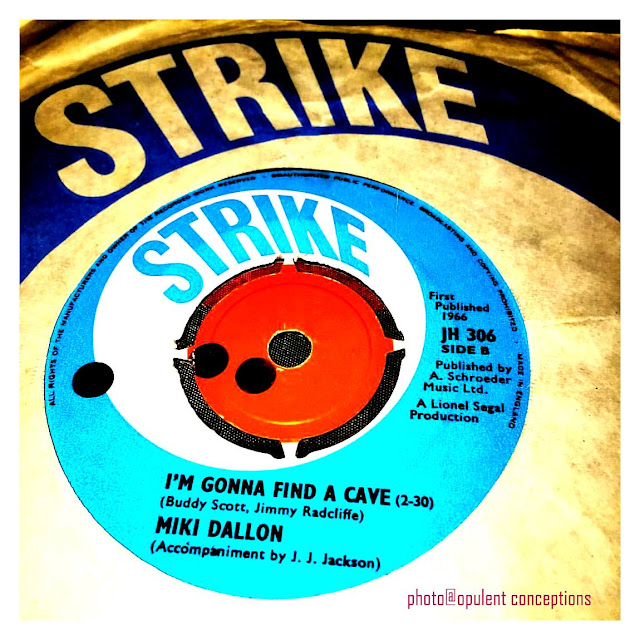 It has taken me a couple of years to find this original Miki Dallon single on Strike but I managed just that back in April. Both sides are fabulous mod beat with forceful bass runs, riffs a plenty and brass.
Just prior to this record Miki Dallon fronted The Sessions (probably a studio group) who released "Let Me In" / "Bouncing Bass" on the American Fontana label. This was late 1965.

Miki was also producer for gritty R&B group The Sorrows who covered several of his songs including "Let Me In" and "Take A Heart" They even recorded a version of "I'm Gonna Find A Cave" but it remained in the can for decades. 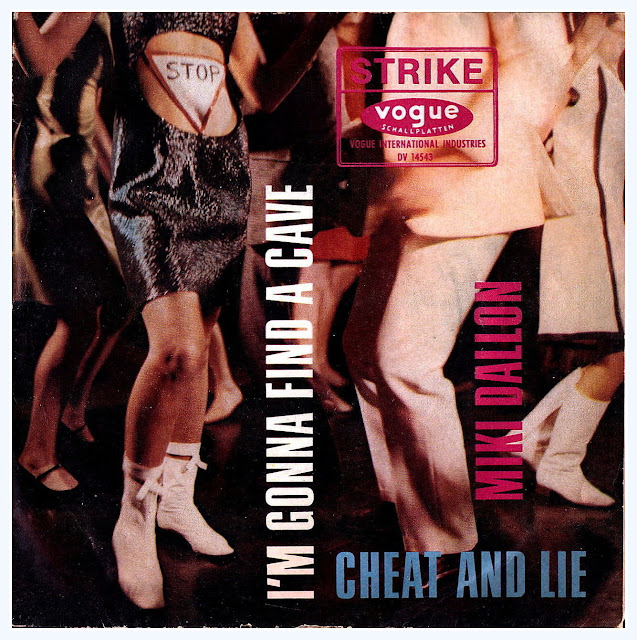 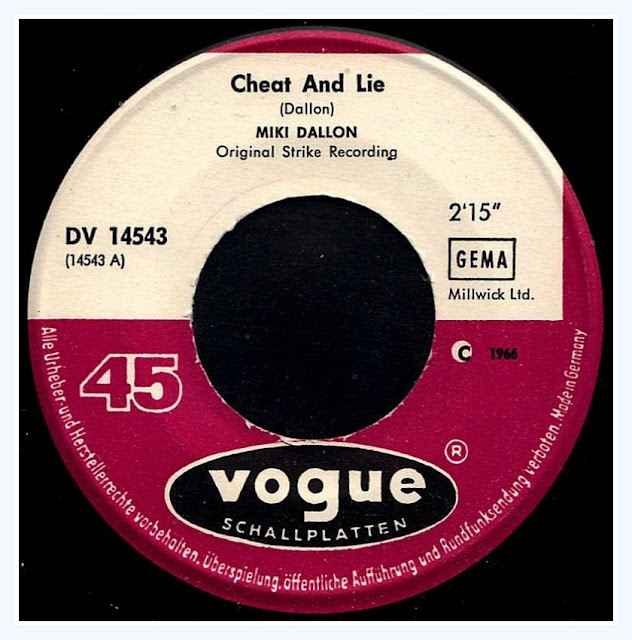