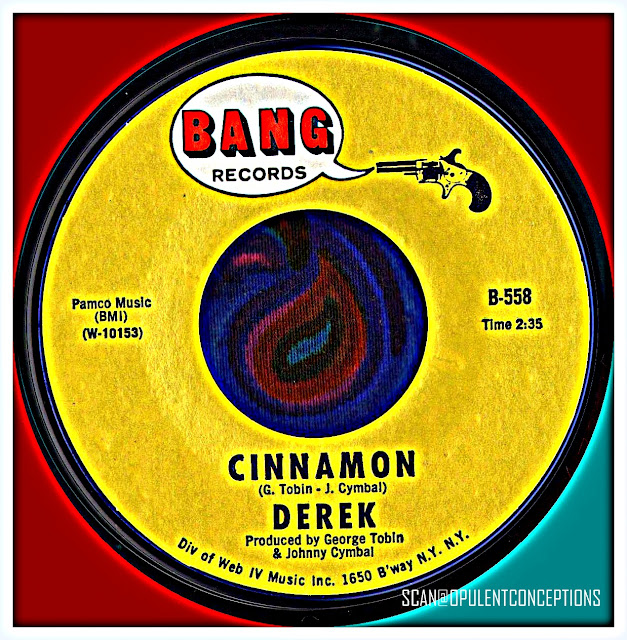 Derek were a short-lived 'studio' group consisting of Johnny Cymbal and sundry musicians. This was their first record and when it became a hit Bang Records wanted a touring group to cash in and promote the record. A detailed history of Johnny Cymbal can be found at a wikipedia page.

"Cinnamon" is a bouncy piece of bubblegum pop, very catchy with hit potential. It sailed up the Charts in America but got no where fast in Britain. I'd never heard of Derek before buying this record on a whim last month. Tommy Roe also recorded "Cinnamon" but did not release it on a single keeping it for an album track. 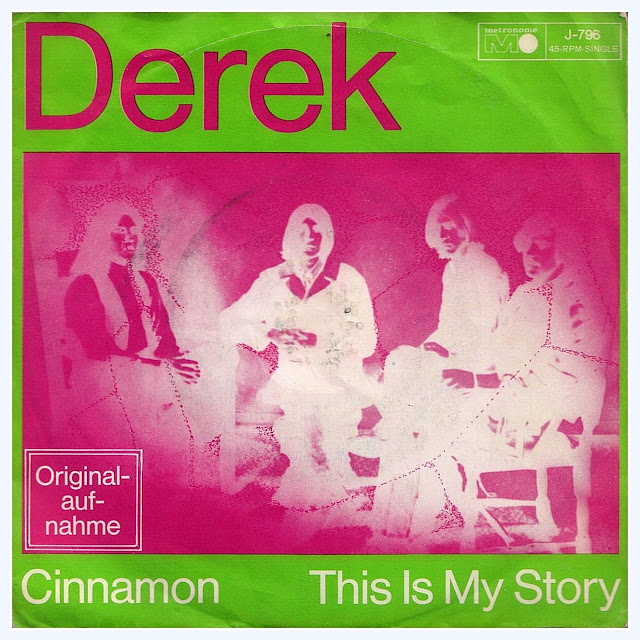