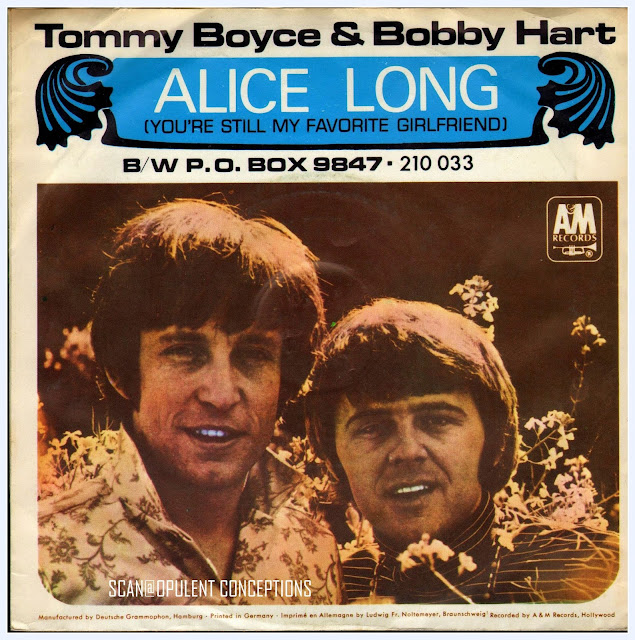 Today's piece of ACE paisley pop is Boyce & Hart's recording of "P.O. Box 9847" which was released as the B-Side of "Alice Long" back in the Summer of 1968. Listen out for some fab 'Revolver' era guitar licks.

The Monkees also recorded this gem for their album "The Birds, The Bees & The Monkees" Micky Dolenz handles lead vocals...
Greatness... 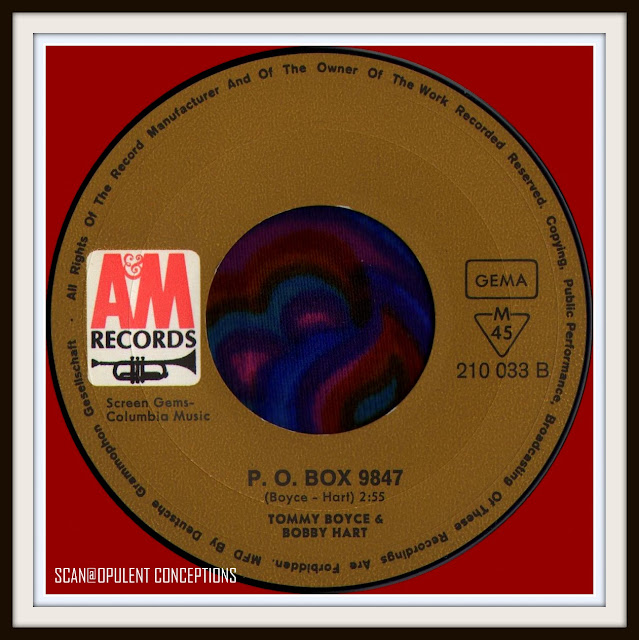 A and M Boyce & Hart Monkees