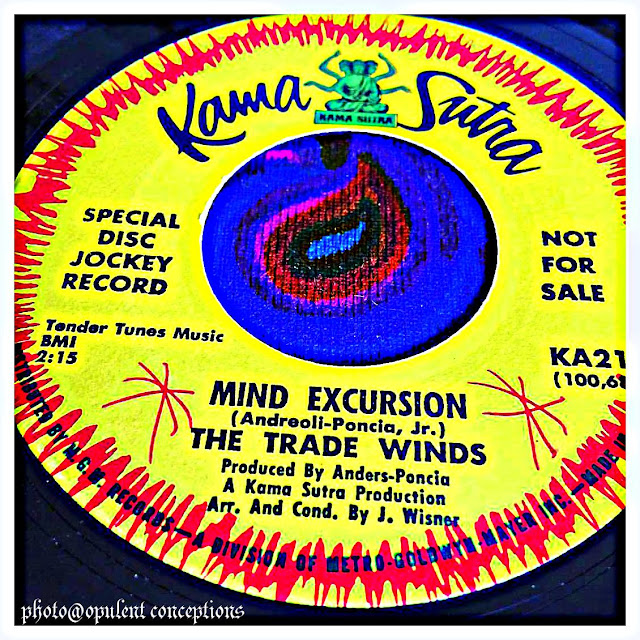 New York based group The Trade Winds were centred around duo Peter Andreoli and Vincent Poncia who had been together previously as The Videls. They also wrote songs together which were recorded by Phil Spector's artists in the early 60s.

You'd expect a head rush of acid sounds with a song title like "Mind Excursion" but it demonstrates how straight groups co-opted the trend for utilizing a suggestive title that, in actuality, encouraged a positive physical adventure rather than a head trip. With it's gorgeous melody and distinctive 'harp' sounds sprinkled over the chorus the song had every chance to hit the Top 50 in USA, which it did. In some regions it even went Top 5 and stayed on radio playlists for several months after it's release.

For some reason The Trade Winds changed their name to The Innocence and continued releasing records during 1967.

"Mind Excursion" was recorded by several other artists during the late sixties including Wayne Fontana, check out the B-Side of his solo single "The Words Of Bartholomew" from May 1968.
Two version were released during 1969 one by Bob Dileo and another by Australian vocalist Lynne Randell.