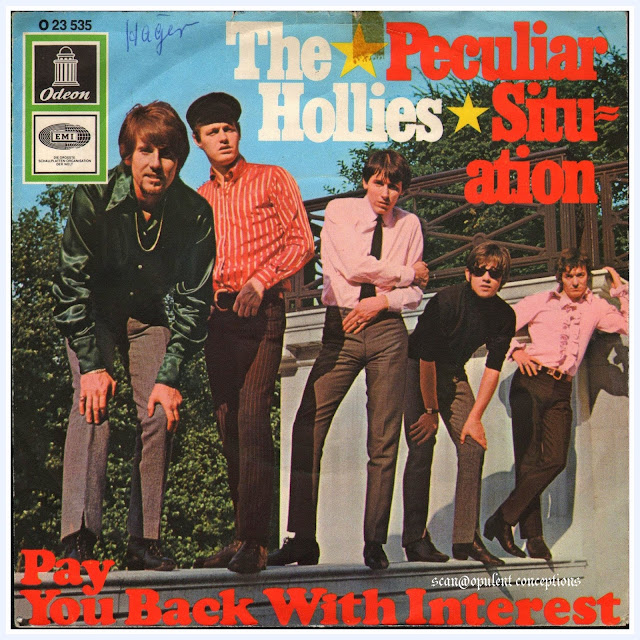 So it was "Record Store Day" today and once again I never bothered going to any record shop. Come to think of it I've never bothered participating in RSD ever!!!

But those who did came away with some swag judging by the photos coming up on my Facebook timeline. That's good cos they're going to genuine collectors and not the bearded hipster fly-by-night types...

It's "Vinyl Day" every day of the year for me and this obscure Hollies German release from 1967 came way this week. Unique too cos both songs never appeared on any UK single. Both songs appeared on The Hollies fifth studio album "For Certain Because" and were recorded at Abbey Road Studios between August - October 1966.