THE CHILDREN OF DARKNESS - SHE'S MINE 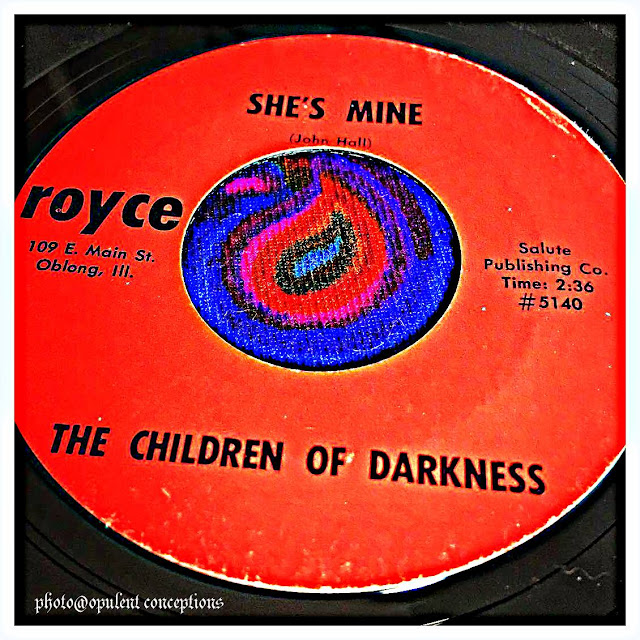 I'm currently writing about my recent purchases and this one by Newark, Ohio combo The Children Of Darkness is one such nugget that took me years to finally add to my collection. I used to see it for sale quite often in the $60 - $100 region but for some reason the price soared to $200+ in recent times.

My copy is the red label second pressing on Royce which probably dates from early 1967. There was an earlier release on Royce with a green label. I've read that the group were disappointed with their first recording so went back into the studio to cut the disc again.

"She's Mine" is a crude '66 punker dominated by the compact organ sound. The singer offers his snotty rant proclaiming his love for his girl. No romantic slush here.

"She's the kinda girl you like to meet
When you're walkin' down the street."

The other side "Sugar Shack A -Go-Go" is a frat rocker and is something of the theme song for The Sugar Shack which was the Club where The Children Of Darkness were the house band.

It's believed that singer Howard "Bird" Bartram and organist Mike Hopper are now deceased.
"She's Mine" was compiled on 'Back From The Grave - Volume 2'
picture of The Children Of Darkness from Buckeyebeat.com 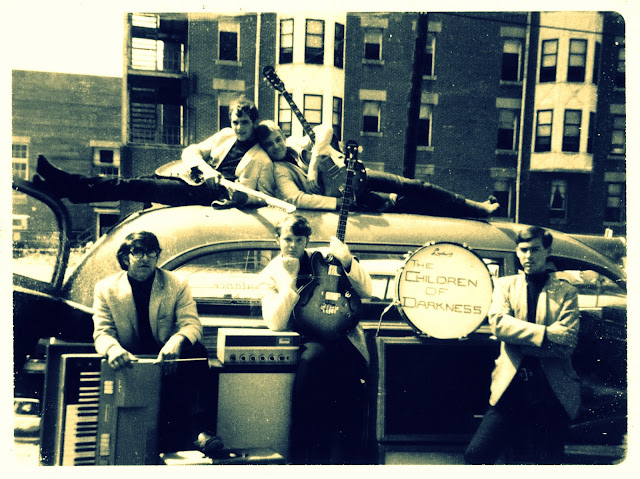