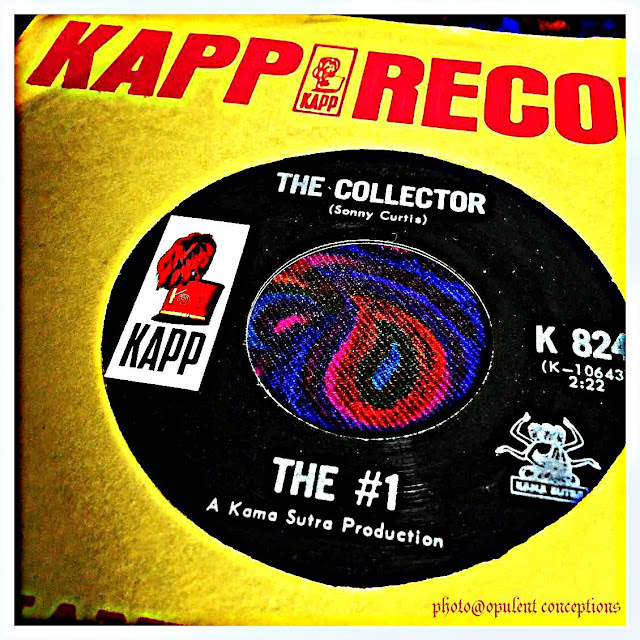 I've been fascinated by the song "The Collector" for a number of years having discovered it on The Everly Brothers album "Two Yanks In England." I wanted to find out more which led me to Sonny Curtis who wrote the song. Sonny was a member of Buddy Holly's backing band The Crickets.

I wrote about his version a few years ago but it's taken me an age to get around to uncovering "The Collector" by The #1. The latter hailed from Ridgefield, Connecticut and recorded as The Blue Beats before this disc on Kapp.
The #1's version adds a more baroque psychedelic feel but it still retains the darkness of this fabulous psychedelic ballad.

"I'm a collector of beautiful things
I capture and keep them and pin down their wings."