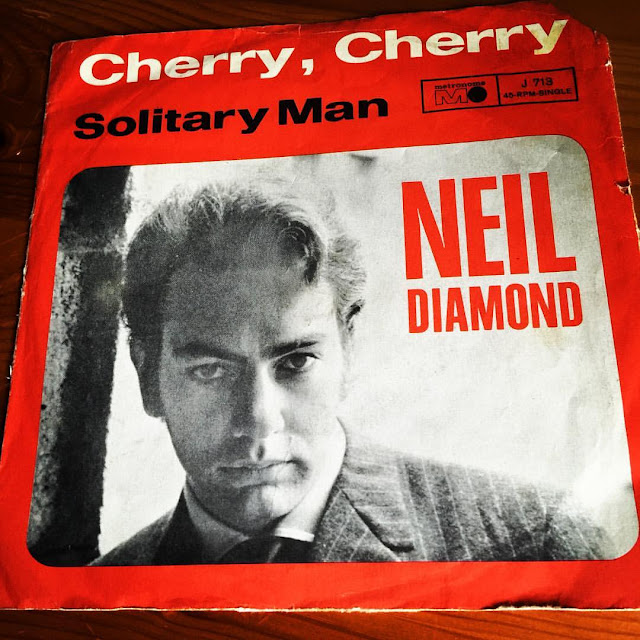 Neil Diamond needs no explanation but his obscure mid 60s songs probably do. During this period he was writing songs for other artists mainly The Monkees and his commercial pop nugget "Cherry Cherry" would have been perfect for them but sadly they never recorded it.

The first time I heard "Cherry Cherry" would have been sometime in the mid eighties via The Music Machine. It's on their "Turn On" album. I had no idea that it was written by Neil Diamond, back then I wasn't concerned with such detail. The Music Machine's version adds fuzz guitar and is a bit slower.
I think I prefer Neil's recording.

By the way "Cherry Cherry" was also recorded by an English group called Wishful Thinking. They released the song as the B-Side of "Peanuts" on Decca during June 1967. A very good take too.

The other side "Solitary Man" sees Neil Diamond in moody folk-rock mode. The Kitchen Cinq recorded a version. Check it out on the album from 1967.

Two great songs on one German picture sleeved release from the back end of 1966. One to search out to add to your collection.