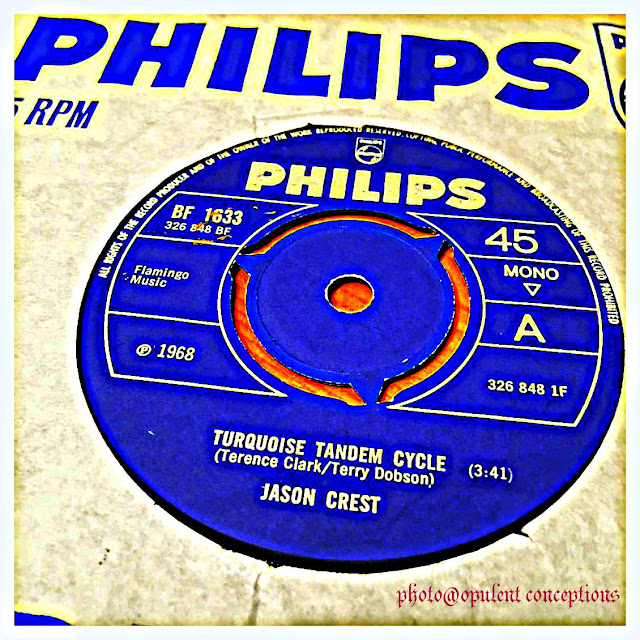 Jason Crest have been posted on my music blog a couple of times in the past. Today I'll concentrate on their beginnings and first single for Philips.

They formed in the suburbs of Kent, first calling themselves The Spurlyweeves but by early 1967 they were playing regular gigs and making a name for themselves as The Good Thing Brigade. By the end of '67 they had secured a record deal with Philips and began recording their first single.

The beautifully psychedelic "Turquoise Tandem Cycle" was released during January 1968 as Jason Crest. During the recording session(s) they had obviously decided to change their moniker inspired by an imaginary composer "Justin Crest."

"A turquoise tandem cycle has wheels of rubber rings
A choir of silent voices, a book of silent hymns." 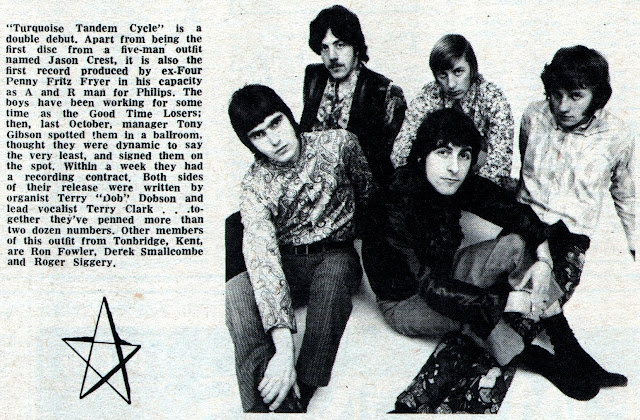