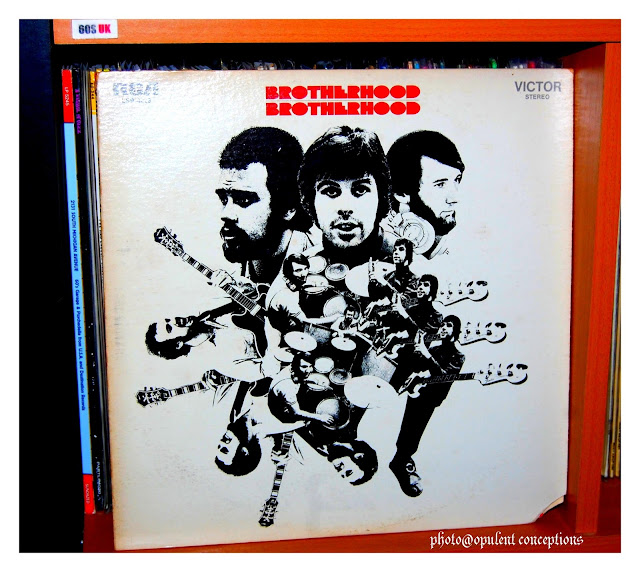 Brotherhood were formed during mid-1967 by three members of Paul Revere and the Raiders (Phil "Fang" Volk, Michael Smith and Drake Levin). Their debut album "Brotherhood" took over a year after recording to see a release due to lawsuits with Columbia Records and Paul Revere.

This album under my spotlight was released in 1969 and the songs cover several genres including blues, folk, pop and heavy psychedelia, including their rendition of "California Dreamin' which has been posted here today.

Recorded at RCA's Music Centre of the World, Hollywood, California. 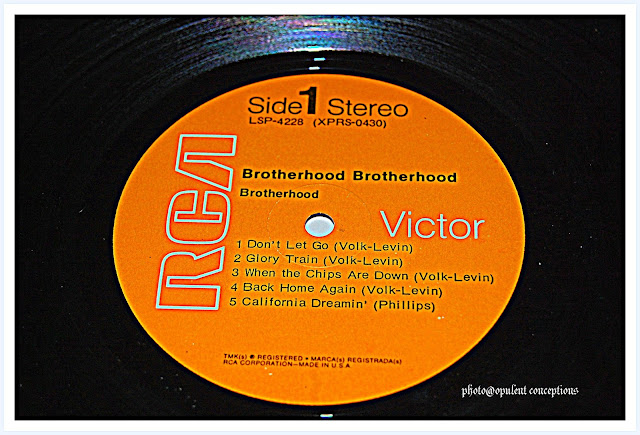