THE 'TAKERS - IF YOU DON'T COME BACK 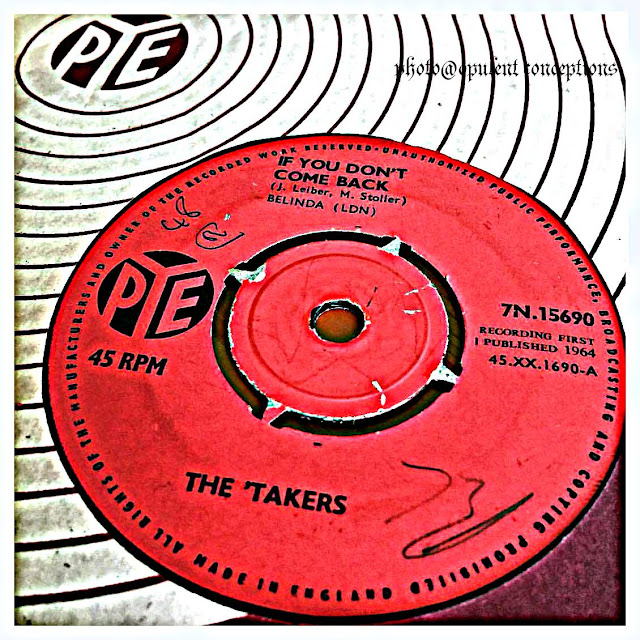 In Britain, so many fabulous beat and R&B singles seem to have been released during September and October 1964 and here's another entry that I know of.

The Undertakers were one of Liverpool's premier beat groups who played the Cavern and then did the Germany trip like so many combos during that scene. They secured a residency at the famous Star-Club where they honed their beat skills and sound.

It's fair to say that The Undertakers never had any real success in Britain. They released four singles but none of them achieved Top 40 status. "If You Don't Come Back" was their fourth and final disc for Pye Records. For some reason their name was shortened to The 'Takers. I've read that this was at the request of Tony Hatch who felt that the name The Undertakers was a drawback!

Sadly, "If You Don't Come Back" failed to dent the Charts and The Undertakers disbanded. The song was written by successful songwriting team Leiber / Stoller and was first recorded and released by The Drifters in April 1963. Gary Walker & The Rain recorded a heavy psych version in 1968. Check it out on their Album No. 1.