THE MOODY BLUES - VOICES IN THE SKY 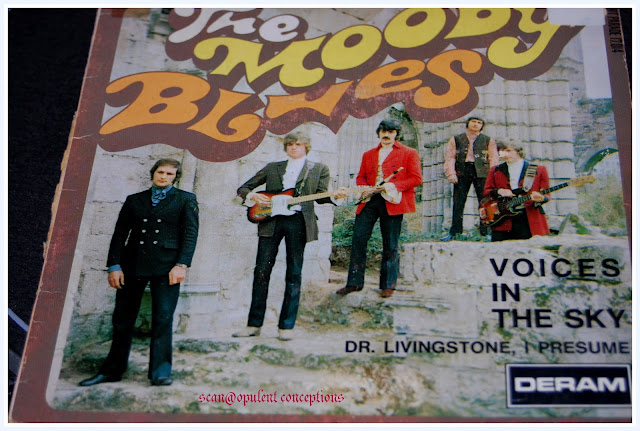 This wistful single by The Moody Blues is the latest introduction into my 'psychedelic sky' series of records. Both sides appeared later on their symphonic rock album "In Search Of The Lost Chord" but here they are in their edited mono mix.

"Voices In Thew Sky" written by their lead guitarist and singer Justin Hayward was recorded during March 1968 and on it's release in the Summer of 1968 proved to be a decent sized hit, eventually reaching #27 in the UK Chart.

"Bluebird, flying high
Tell me what you sing
If you could talk to me
What news would you bring
Of voices in the sky." 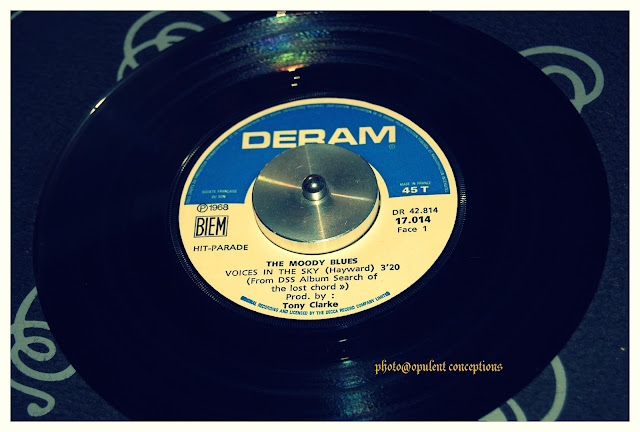