THE KNAVES - THE GIRL I THREW AWAY 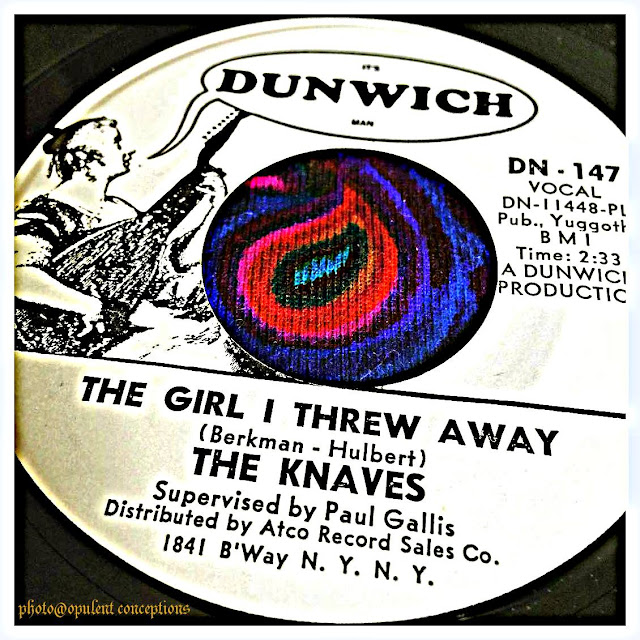 The first thing you'll notice about vintage Dunwich 45s is that they're mastered LOUD. This one is no exception, the sound literally bursts outta the speakers when the needle hits the vinyl. This is the reason I buy singles. Nothing can compare.

So what about The Knaves? They hailed from Chicago and released this fab two-sider on local label Glen Records in late 1966. The single was then picked up by Dunwich for a wider distribution. According to 'Teenbeat Mayhem' the Glen recording is a different mix to the one Dunwich released. Apparently it has louder backing vocals and harmonica on the R&B punker "Leave Me Alone."

Sundazed unearthed unreleased tracks on their "Oh Yeah!" CD compilation from the early nineties, including a stereo mix of "The Girl I Threw Away." Also located on master tapes were "Tease Me" "Inside Out" "Your Stuff" and a stereo mix of "Leave Me Alone."
Another song "Away" was compiled on their Dunwich follow up CD "If You're Ready."

My pick is the strident folk jangler "The Girl I Threw Away" which simply shimmers in coolness.