THE BLUEBEARDS - COME ON-A MY HOUSE 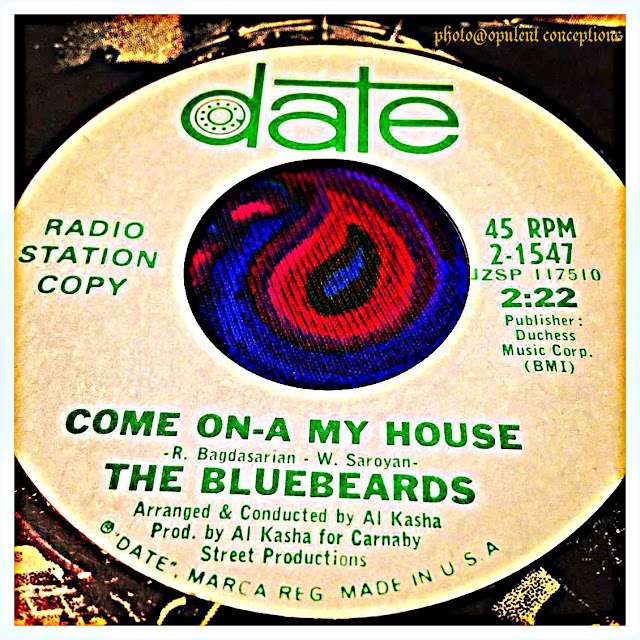 It's exactly 9 years ago to the day that I started my music blog and what a trip it's been. To celebrate I've re-visited my first ever post and updated it with added information and a YouTube creation.

I dig this 45 by The Bluebeards. The top side 'Come On-A My House' is a fast paced psych mover with an 'Eastern' vibration. Not sure where the band originated from, so if anyone knows be sure to let me know. The song was written by Ross Bagdasarian (later to be known as David Seville of "Witch Doctor" and Chipmunks fame) and his cousin, playwright William Saroyan.

The flip 'I'm Home' is also cool but is more of a homage to the fab four. It kinda sounds like merseybeat but with the obvious updated sounds of '67...and it's a 'turned-on' swinger. Yeah! The writer credits for this song is E. Michaels.

"Come On-A My House" was recently compiled on "Sideburn Sounds" on Fuzzadelic. As far as I know "I'm Home" has not troubled the compilers.