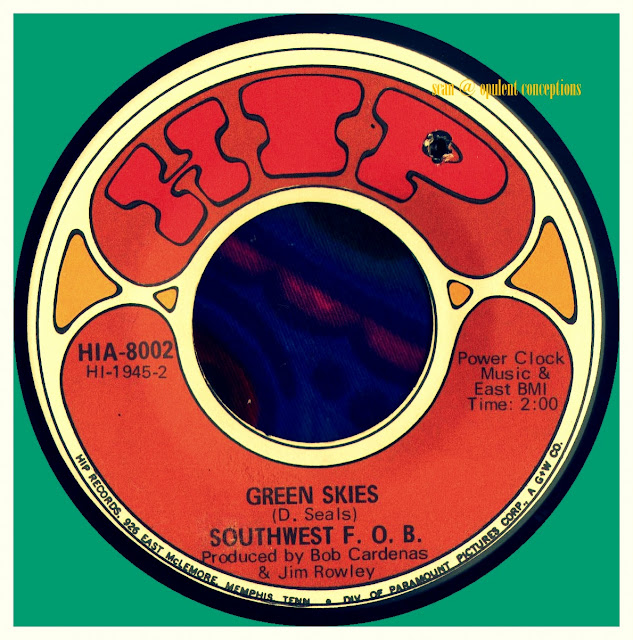 The strangely named Southwest F.O.B. hailed from Dallas and were originally called The Playboys 5 then changed their name to The Chimeras. According to the liners of their Sundazed retrospective CD, recordings existed of The Chimeras but they have been lost or locked in the Estate of a Monument Records promoter when he died.

Sometime in 1966, The Chimeras changed their name to Theze Few and released a single on local label Black Knight. You've gotta check out their garage raver "Dynamite."
Theze Few enjoyed a decent sized following and opened for many big name groups visiting Dallas.

Because they found out that "Theze Few" had been registered as a business name they were 'forced' to change their moniker once again, this time settling on Southwest F.O.B.
Their first single as Southwest F.O.B. was on the small label GPC but "Smell Of Incense" was quickly picked up for a wider distribution on the Memphis based Stax off-shoot pop label Hip.

'Smell Of Incense' is this Dallas band's take on The West Coast Pop Art Experimental Band original. It's a much shorter version and has a heavy organ sound. The arrangement is a lot more punchy.

My highlight is the progressive number and non album cut "Green Skies" on the flip, written by lead singer Dan Seals.