PINK FLOYD - POINT ME AT THE SKY 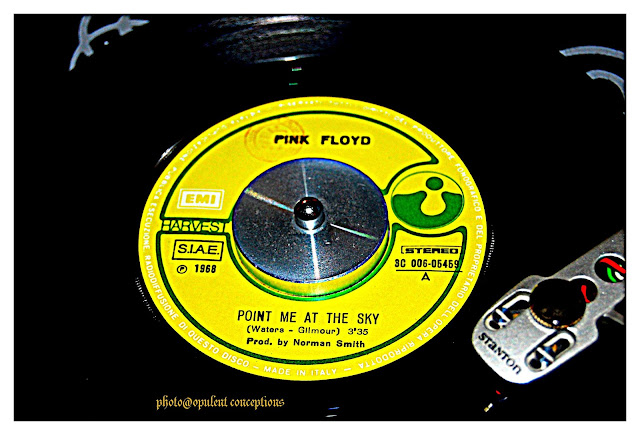 Quite possibly the most obscure Pink Floyd single from the sixties was their fifth "Point Me At The Sky" which bombed and as a consequence the UK release on Columbia hardly ever shows up. The disc is easier to obtain on the Harvest label. My copy is the Italian version in stereo.

"Point Me At The Sky" was recorded and released at the end of 1968, the sound is more progressive rock than their earlier trips into psychedelia, although the song does veer off into psych territory at it's climax.
The vocals on the verse of the song are sung by Gilmour, and the bridge vocals are shared between Gilmour and Waters.