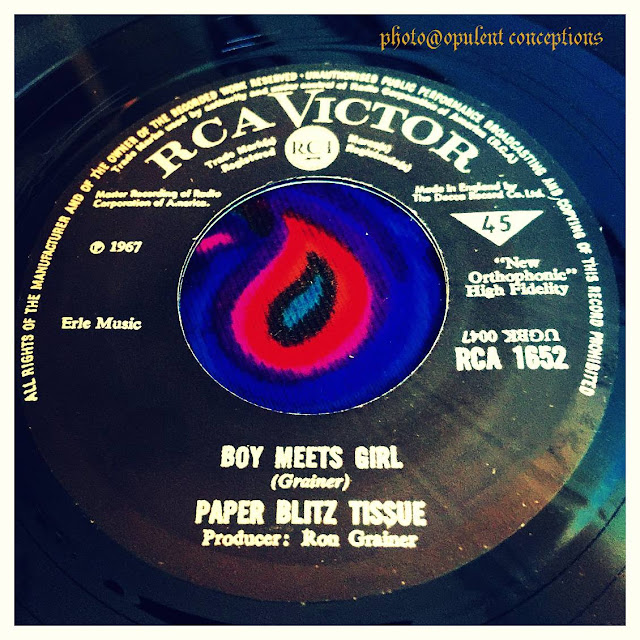 Original copies sell for £400+ so this bootleg from years ago will suffice. Paper Blitz Tissue were part of London's psychedelic underground scene along with The Pink Floyd, Tomorrow, Soft Machine etc.... little is known about them.

"Boy Meets Girl" was written by Ron Grainer who was more accustomed to writing TV and Film theme tunes including "The Prisoner" "Man In A Suitcase" and "Steptoe and Son."
"Boy" is pulsating pop-art freakbeat loaded with heavy fuzz, searing lead guitar and hypnotic drum and bass action. The vocals are treated and happening. The other side "Grey Man" is also great starting off like a beat group from 1965 before exploding into Who like sound destruction.