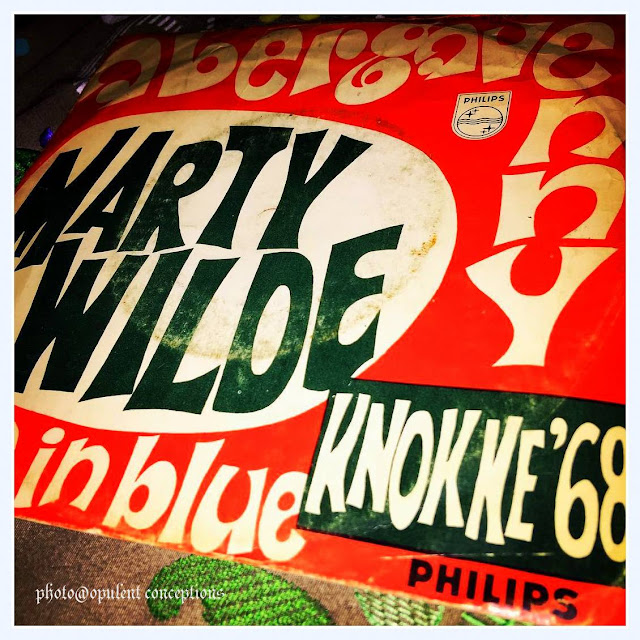 Pre Merseybeat era rocker Marty Wilde with his obscure 1968 pure pop two-sider. The toy-town tune "Abergavenny" went to nowheresville in Britain although it did shift some units in Europe and was a small hit in America under the alias of Shannon on Heritage Records.

My pick though is the B-Side. "Alice In Blue" is a fab moody pop song with orchestration and rather great vocals from Marty. Simply wonderful. The Bystanders or at least ex members Deke Leonard and Micky Jones provided backing on "Abergavenny" and possibly "Alice In Blue" with arrangement by Peter Knight who worked with The Moody Blues on their album "Days Of Future Passed."