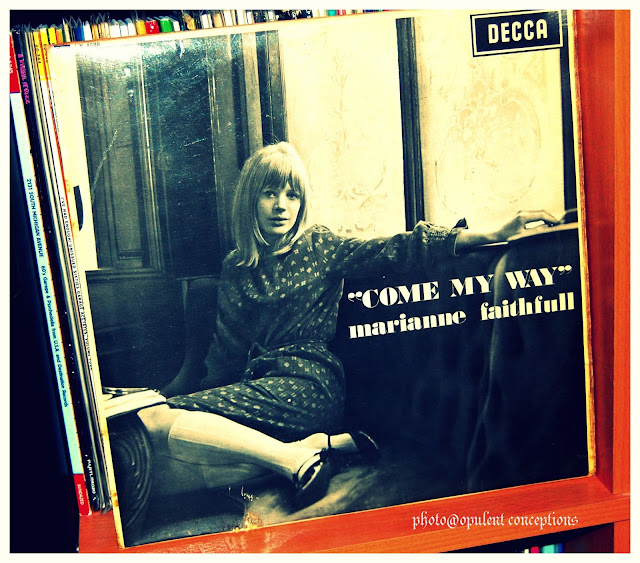 In their endeavours to obtain universal recognition, many outstanding artistes have recorded material alien to the particular field in which they achieved their initial success.

In the case of Marianne Faithfull, circumstance has reversed this state of affairs. For her name initially girdled the globe on the wings of a folk-tinged ballad, "As Tears Go By" which was essentially 'pop' in concept.

However, the success of this song served a dual purpose, for it not only established Marianne as an invigorating new talent with something to say, but more important still, it enabled her to bring before her new-found public her own brand of folk-music.

Marianne would be the last to decry her unqualified success in the 'pop' stakes, but she has never made a secret of the fact that folk songs are the songs she loves to sing.

This album is a natural progression for her. It outlines her ability to create, and is a beautiful, and often moving example of how, through the medium of song, mere words can be transformed into a work of art. Most of all it signifies the extent of what Marianne Faithfull has done for the advancement of folk-music in this country. (Andy Wickham - back cover liners) 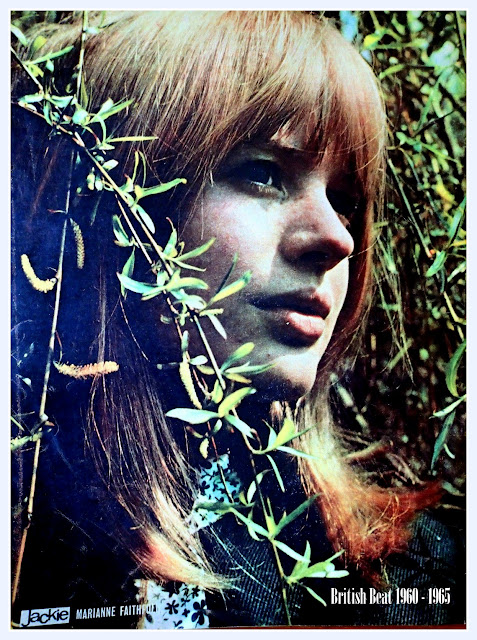 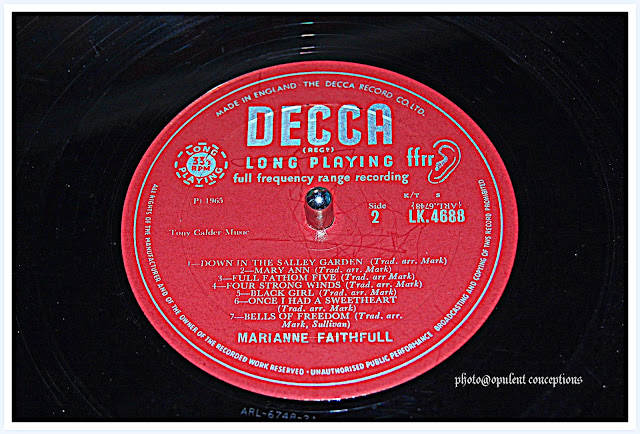